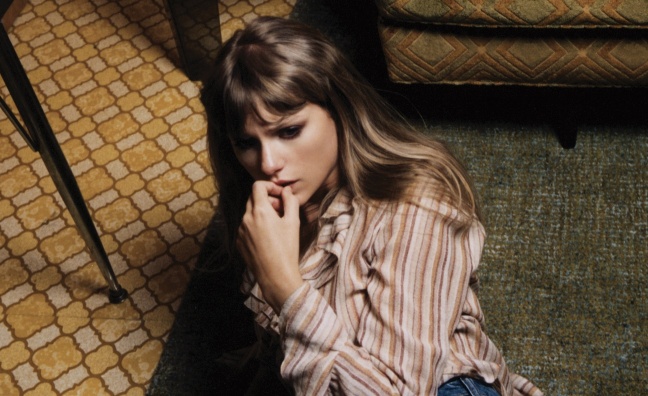 Taylor Swift’s Midnights has become the fastest-selling album of 2022 in the UK, taking the title from previous holder Harry’s House by Harry Styles.

According to the first midweek flash, Swift’s tenth album has posted 140,590 sales so far, with Sunday’s streaming figures yet to be counted. Back in May, Harry’s House debut with 113,812 first week sales and, until this week, was the only record to pass the 100,000 mark. It’s possible that Arctic Monkeys’ seventh album The Car, which is currently on 104,874 sales for the week, will also surpass Styles’ total. That The Car may yet achieve such a figure without topping the chart shows the strength of Swift’s impact.

With streaming for Sunday yet to be counted and the rest of the week stretching ahead, the battle between Swift and Arctic Monkeys is only set to intensify. Swift has already broken records on Spotify this week, with Midnights becoming the most-streamed album in a day on Friday. The former Music Week cover star also broke the record for the most-streamed artist in a single day.

Physical sales (114,429) comprise the majority of its total so far, with sales from streams accounting for 20,304 copies and downloads for 5,857. Midnights is available across various CD, vinyl and cassette editions, with an extensive merch range also on offer via the singer’s web store. Styles broke Arctic Monkeys’ record for the fastest-selling vinyl album this century with Harry’s House (36,041 sales), and Swift could be in line to take that crown too.

Swift would land her ninth UK No.1 album if she prevails, while Arctic Monkeys are bidding for their seventh consecutive No.1. Manager Ian McAndrew recently weighed up the competition in a new interview with Music Week.

In the singles chart tracks from Midnights make up an all-new Top 3. Anti-Hero is out in front with 27,888 sales, Lavender Haze (20,767) is at No.2 and Snow On The Beach (19,196) is at No.3. Naturally, sales equivalent streams account for the vast majority of their totals, but it is worth noting that downloads for Anti-Hero (719) are significantly ahead of Lavender Haze (144) and Snow On The Beach (159).

Midnights is also available in an extended 20-track 3am edition, whose extra tracks are starred out of this week’s chart, along with the other 10 from the standard edition.

So far, the biggest performing song from Midnights on Spotify is Anti-Hero, with 41,220,338 sales. The official video for Anti-Hero has 27,736,445 views on YouTube, where Swift has almost 50 million subscribers. The other Midnights tracks have Official Lyric Videos. Swift has one No.1 single to date in the UK (Look What You Made Me Do, 1,035,229 sales).