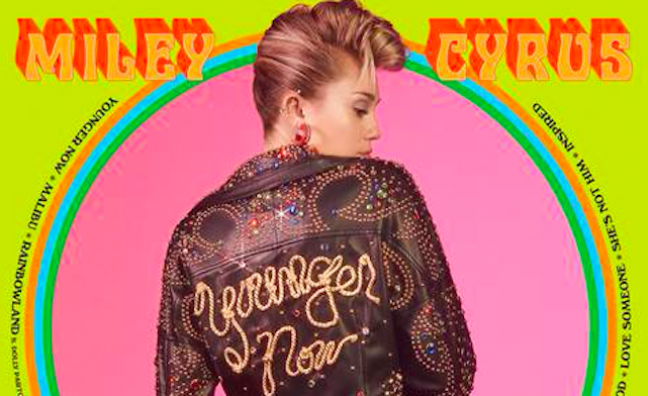 Miley Cyrus has taken to Twitter to announce that she will release a new EP titled She Is Coming on Friday (May 31).

The US Singer and actress debuted three of the songs from her upcoming release, reportedly titled Cattitude, Dream and Mother’s Daughter, in Middlesbrough at BBC Radio 1’s Big Weekend.

In November 2018, Cyrus collaborated with Mark Ronson on the track Nothing Breaks Like a Heart, which peaked at No.2.

Cyrus’s last album Younger Now was released in 2017 and peaked at No.8.