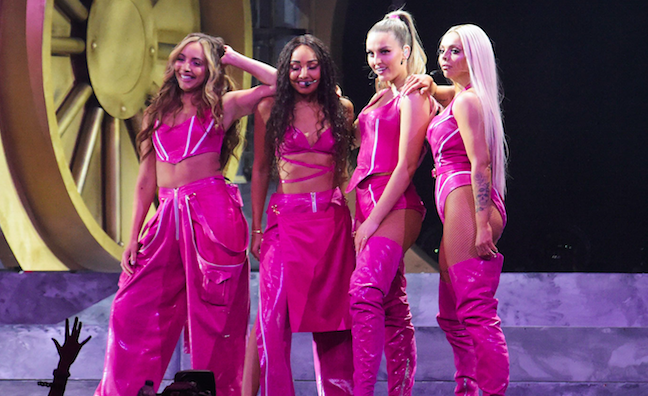 It was a lively old night at the BRITs this year.

Tom Walker arrived, seemingly from a winter’s walk, wearing a wooly hat and an expression of shock and alarm to thank his fans and call his gran “an absolute hero”. In fact, the Leave A Light On singer said the word “absolute” about eight times.

Speaking of elderly relatives, George Ezra loudly said hello to one of Whitehall’s down the camera in the wake of winning the British Male Solo Artist award.

The BRIT Awards 2019 was jammed with such vignettes, but what were the biggest talking points on the night? You’ve digested all the winners, now scroll down for the incidents that will really stick in the mind.

At last year's BRITs, Dua Lipa made an impassioned speech about representation of women in the music industry, a theme she returned to at the Grammys this month with her barb about female artists having "stepped up". Her message of female empowerment seemed to have had an impact at this BRITs, where guest award presenter Annie Mac was chuffed to be handing over a BRIT for the first time in a year when "as many female artists are nominated as males – imagine that".

In her British Female acceptance speech, Jorja Smith dedicated the award to "all of the little girls and women who are just being themselves and loving what they are doing". It was presented to Smith by HER, who declared that "the future is female" while Nile Rodgers flapped around on stage beside her straining to read the autocue.

Lipa might have had the final word. But in a twist it was The 1975’s Matthew Healy, who accepted the British Group award by quoting music journalist Laura Snapes: “In music, male misogynist acts are examined for nuance and defended as traits of difficult artists, whilst women and those who call them out are treated as hysterics who don’t understand art.”

The Greatest Showman has dominated the UK charts for over a year, holding firm at No.2 even now. So it was somehow fitting that its opening salvo at the BRITs provided a near impossible task to follow. Hugh Jackman led a commanding performance of The Greatest Show, which bodes well for his forthcoming UK tour. The pyrotechnics and acrobatics on display left a lasting impression, the only disappointment was it was limited to one song rather than a medley of hits from the all-conquering soundtrack. The greatest? On the night, it just might have lived up to its billing.

Shout out to my awks! Jack Whitehall’s BRITs presentation hit a rare misstep during his super-uncomfortable ‘interview’ with Little Mix, which referenced their fallouts with the likes of Simon Cowell and Piers Morgan. Whitehall is not the first to insist on viewing Britain’s greatest pop group through the reductive lens of their relationships with male protagonists, but there is one place they’re always free to soar: on stage. Jade, Perrie, Leigh-Anne and Jesy’s full-on, heist-themed performance of Woman Like Me not only gave Ms Banks a huge national platform but fizzed with such effervescent joy that it left everyone, quite literally, in the pink. The BRITs set a high performance bar this year but, just as they did with Whitehall’s questioning, Little Mix effortlessly rose above it. Respect.

Ahead of this year’s ceremony, the notion of Pink becoming the first international act to receive the Outstanding Contribution To Music BRIT award rankled with some. Pfffft. This, despite nigh on two decades of being one of the most consistent and reliable hitmakers in the ever changing pop firmament – not to mention one of its most thrilling live performers. What was most impressive was that Pink didn’t chase an easy victory. She could have stood up there on stage and belted out any number of the A-Grade, iron-clad bangers at her disposal, but no… Just Like A Pill, Get The Party Started, Raise Your Glass, U + Ur Hand and So What were all AWOL. What we had instead was Pink closing the show with a four-song medley consisting of new single Walk Me Home, plus latter-day tracks Give Me A Reason (feat. Dan Smith of Bastille), Try and What About Us. Pink’s message was writ loud and clear: her contribution is not confined to the past tense. She is as relevant now, if not more so, than she ever was.

After a years of donning his gladrags and cramming in with the rest of the pop world underneath the big Greenwich dome, it was about time Calvin Harris won something at the BRITs. When he turned up centre stage to shift around behind an Apollo 13-style cockpit in a red shirt, the Dumfries mega DJ looked unassuming as ever. That he was flanked by Rag'N'Bone Man, Sam Smith and Dua Lipa underlined the fact that he was behind three of the biggest hits of the last 12 months. One Kiss, with Lipa, which later won Best British Single, sounded particularly huge. Bass rattled as the hook rang out, but best of all was the fact the the Tracey Island-style structure at the back – hello Thunderbirds fans – morphed from snowy grotto to tropical paradise between Rory Graham and Dua Lipa's cameos. Lipa couldn't help but steal the show, but on a night when he was also crowned Producer Of The Year, Harris' triumph lingered in the memory. “I've been coming for years and never had the opportunity to say anything on he stage," he said, drily. "Thank you to everyone who's bought a tune, streamed a tune or listened to a tune on the radio by accident.” And that pretty much summed up the Scot's pop ubiquity.