MPs urge Ministers to back Agent of Change principle 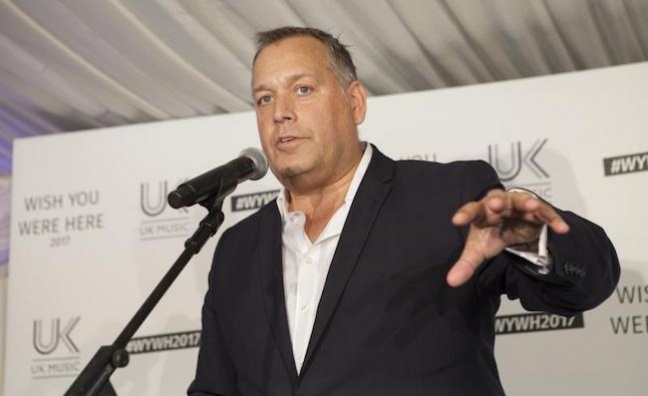 Conservative MP David Warburton (pictured), chair of the All Party Group (APPG) on Music, has called on senior Ministers to support a proposed new law to protect music venues.

In his role as chair of the 77-member group, Warburton has written to the Government and urged them to support plans to enshrine the “Agent of Change” principle into planning law.

In his letters to Communities and Local Government Secretary Sajid Javid, Culture Secretary Karen Bradley and Digital Minister Matt Hancock, the MP warns of the threat facing small and grassroots music venues across the UK.

While highlighting the benefits of live music to the economy – to the tune of £1 billion a year – he said there were some “worrying signs” for the music business.

Warburton highlighted the cross-party support from MPs and peers for Labour MP and former Minister John Spellar’s Ten Minute Rule Bill to get Agent of Change on to the statute book. Enshrining it in law would mean developers having to take account of the impact of any new scheme on pre-existing businesses, like music venues, before proceeding with their plans.

A typical example would be a developer of new flats having to pay for soundproofing at a music venue to cut the risk of new neighbours complaining about noise.

The Bill has received the backing of UK Music and the Music Venue Trust, which has warned that around 35% of music venues have closed in the last decade.

In his letters to Ministers, Warburton drew attention to the increasing rents and property sales in cities affecting the live scene.

He said: “This has placed rising financial burdens on pre-existing operators of grassroots music venues that are often established in popular areas for redevelopment and suddenly find themselves attracting noise complaints from new residents.

“I am sure you will agree with me in believing our music venues play a vital role in supporting the music industry’s infrastructure, nurturing our talent pipeline and ensuring a healthy industry across the country.”

“It’s great that he and MPs from all parties in the All-Party Parliamentary Group on Music have thrown their weight behind this crucial campaign to protect our music venues,” he said.

“We will keep working with our allies like the brilliant Music Venue Trust to save venues that are essential to producing the next generation of global British music stars. They are a key part of the nation’s cultural fabric, creating thousands of jobs and giving pleasure to millions of music fans.”