Mumford & Sons on the future of their Stopover festivals 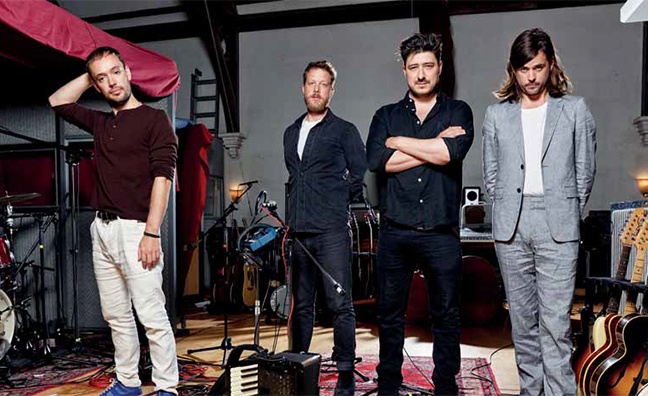 Mumford & Sons have spoken to Music Week about the future of their legendary Stopover festivals.

The quartet, whose new album Delta is out today (November 16) via Island Records, have staged the events through their Gentlemen Of The Road promotions company since 2012, visiting towns away from the traditional touring circuit such as Lewes in East Sussex, Loopallu in Ullapool, Scotland, and Telluride Bluegrass Festival in Colorado, all featuring line-ups curated by the band.

“We’re excited to do more of them," said frontman Marcus Mumford. "Our idea was to take our audience on tour with us, but to leave a place better than when we found it. We only do it with towns that are really keen and that’s led us to some amazing places.”

"They’ve been one of the biggest legacy things we’ve ever done," added keyboardist Ben Lovett, who also operates the Omeara venue in London Bridge. "Obviously we love putting music out there and that’s a legacy, but these Stopovers have had another gear to them. We often find various towns around the world – and this has especially been the case in America – where they may have been left behind, either because people have moved on, they used to have an industry that’s not so important anymore, or tourism has shifted or whatever.

"It’s fascinating to peel back the layers of these small towns and we’ll do it for as long as we can. Hopefully it has an impact on making people realise how proud they should be of where they’re from and they’ll rebuild their business off the back of it."