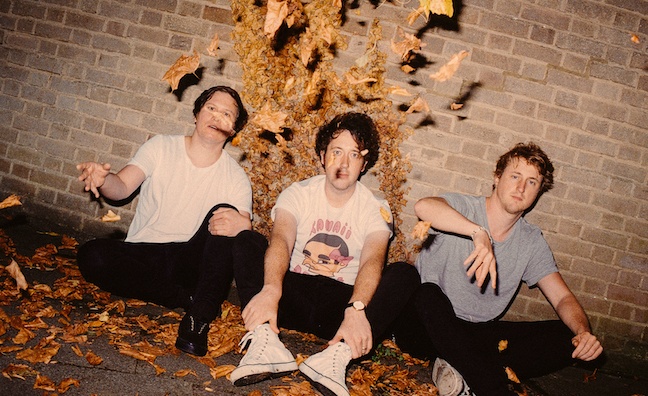 The Wombats release their fourth album today (February 9). Beautiful People Will Ruin Your Life is their first record with Kobalt since signing to the company for recordings and publishing last year.

“It was a no-brainer, because Murph has always written great pop songs,” said Nick Robinson, SVP of business development, creative at Kobalt. “The most important thing was for them to come up with a great bunch of songs. I think we’ve been pleasantly surprised with this record just how good it is.”

The band’s previous three albums release via 14th Floor have racked up total sales of more than half a million, including an impressive 352,290 copies of their debut A Guide To Love, Loss & Desperation, according to the Official Charts Company.

While the indie-pop band have been around more than a decade, Robinson said they have revitalised their fanbase with thousands of teenage followers attending the gigs.

“We went to see the band play a sold-out show at Brixton Academy, everyone was singing every word of every song,” he told Music Week. “It feels like the Spotify effect has worked in their favour. With a lot of guitar bands, they haven’t fared as well, but The Wombats’ knack of writing mainstream pop songs means it’s worked for them.”

Robinson said the plan was to “maintain the touring” to help drive that streaming audience for the record.

“We need to make this record work, maintain that audience and grow it,” he said. “Because there is that young audience, it gives you a lot of faith knowing that, as long as they deliver a good record, there’s every chance they could do really well - and they have certainly delivered a good record.”

Kobalt’s plans also centre on Matthew 'Murph' Murphy as a songwriter, following his relocation to LA.

“He writes great pop songs, and the idea of having him in the room with some other artists is really exciting - and that helps build the profile of the band in a different way,” said Robinson.