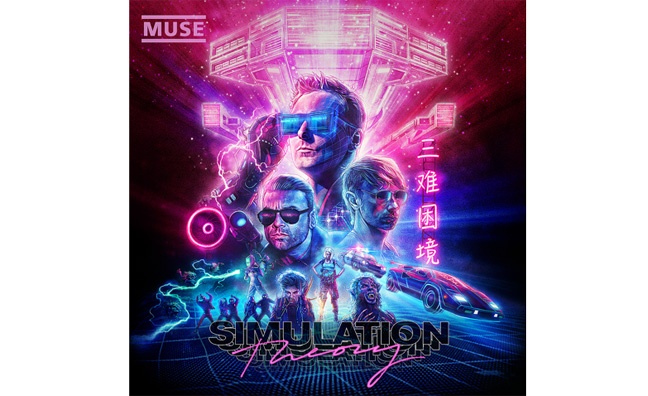 The album, which will be released via Warner Bros on November 9, features 11 tracks produced with the likes of Rich Costey, Mike Elizondo, Shellback and Timbaland.

Three singles including Something Human, Thought Contagion and Dig Down have already been released while a new track, The Dark Side, has dropped today.

Simulation Theory is the follow-up to 2015's Drones, which debuted at No.1 in 21 countries, giving them their first chart-topper in the US and a Grammy Award for Best Rock Album.

Digital artist Kyle Lambert has illustrated the album artwork, whose previous work includes Stranger Things and Jurassic Park, while the Super Deluxe cover was illustrated by Paul Shipper who has worked on Star Wars: The Last Jedi and Avengers: Infinity War.

Fans who purchase the album through Muse’s online store will be granted early access to tickets for their 2019 tour.