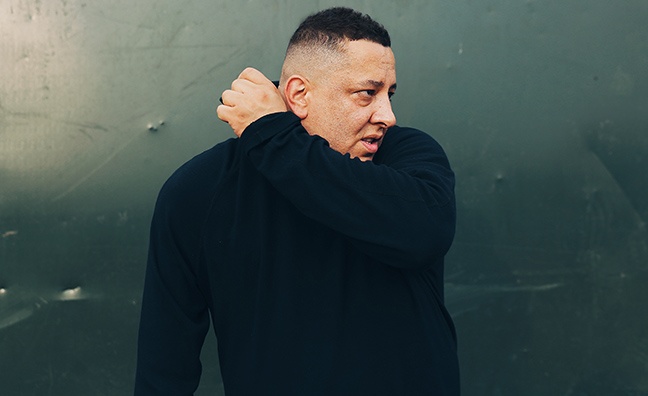 This week we’ve been quizzing top music business execs about their take on the past year, including their worst moments (part one and part two) and favourite memories (here and here). We’ve already heard from some of them about their best albums of 2017, and now it’s time for the second instalment.

Martin Bandier, chairman/CEO, Sony/ATV Music Publishing
As I can’t answer Pink’s album, as she is one of our songwriters, I’ll say Human by Rag’N’Bone Man.

Natalie Judge, general manager, Matador
So predictable… LCD Soundsystem – American Dream. Listening to this and reading Meet Me In The Bathroom at the same time was pretty enlightening about where James Murphy came from.

Jo Whitty, director, Sound City +
Flyte - The Loved Ones. It's just so consistent, there is not one mediocre track on the album.

Dan Chalmers, president, Rhino, East West & ADA UK
The War on Drugs – A Deeper Understanding. So many obvious influences but yet sounds so original.

Kilo Jalloh, K2 Management
Stormzy – GSAP, or Nines – One Foot Out, just because of the versatility shown in the body of work.

Andrew Parsons, MD, Ticketmaster UK
Stormzy – Gang Signs and Prayer. Grime captured the world’s attention and none was more responsible than this piece of work. From the Mercury Prize ceremony to some outstanding live shows, 2017 was unquestionably his year – and with a lot more still to come in 2018, I am sure.

Joe Harland, head of visual radio, BBC
Queens Of The Stone Age – Villains. Because the auburn Elvis got the production he needed to push their sound into new spaces and to bring funk back to the gonzo guitar party.

Mike Pickering, A&R consultant, Columbia Records
Common Sense by J Hus was a fantastic album I can’t stop playing. It crossed so many genres on one record and was the first truly international record from that genre.

Jon Barlow, founder, 3 Beat
Kendrick Lamar – DAMN. I’m hearing a record that I expect to be playing in 20 years’ time. It’s made it to my pile of go-to essential vinyl already.

Simon Pursehouse, director of music services, Sentric Music
Go Farther In Lightness by Gang Of Youths. An album full to the brim of romance, poignancy with lyrics so good they’re arguably tattoo-worthy. It’s a collection of songs with as many sing-a-long cathartic moments as any other LP in recent times.

Richard Davies, founder, Twickets
Idles – Brutalism, living up to their promise of 2016. Some pretty decent videos too.

Kim de Ruiter, director of marketing, VEON
Bonobo – Migration. A true soundscape of an album, which really encourages listening from start to finish, a pretty rare thing. I love the mix of influences from electronic to hip hop to jazz, and you always notice fresh things with each listen. This album manages to be progressive and new whilst retaining some of the key signatures of this artist.

Jon Gisby, head of Europe, Vevo
Lorde – Melodrama. Looking like it will now define 2017 for our house full of teenagers.

Robert Ashcroft, chief executive, PRS For Music
Rag’N’Bone Man – Human. Struck me from the moment I heard it.

Moe Bah, 2K Management
Nines – One Foot Out. Always been a fan of Nines

Christian D’Acuna, head of programming, The O2
Queens Of The Stone Age – Villains. I love the sound of the album, despite some of the critics. I love the way they’ve evolved with Mark Ronson producing.

Paul Reed, general manager, Association Of Independent Festivals
It doesn’t need any additional props but A Deeper Understanding by The War On Drugs is the one that I keep going back to – a beautiful, soulful record that you can get completely immersed in.

Jane Abernethy, director of A&R, 4AD
It’s always hard to choose one, but Kelly Lee Owens self-titled album is such a beautiful body of work, her production is impeccable and she achieved something that I think it is very hard to do: make an electronic record sound human and personal.