'My songs can blow up completely': B Young on his viral success 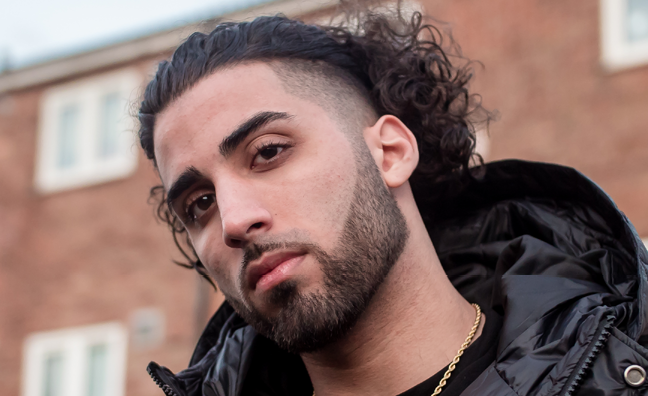 East London rapper B Young has told Music Week that “exposure is key” to the success of his viral hits Jumanji and 079Me.

Jumanji has almost 44 million plays on Spotify, where B Young has nearly 2m monthly listeners. Jumanji has notched almost 44m plays. With only three songs available on the platform, B Young – who has been making music in his bedroom since his teenage years – has a bright future ahead.

Speaking to Music Week for our latest On The Radar feature, he said he believes “100%” in the idea of anonymous hitmakers. With interviews few and far between so far, the Columbia-signed artist is rising on the strength of his music and digital media.

“I was quite engaged with the music industry, I was paying attention to everything but I didn’t know the depth of it,” B Young said. “I think everyone outside the circle feels like it’s a lot more complex, but realistically it’s as smooth as just making a song in my bedroom and that can just blow up completely.”

I'm getting messages from people all over Europe

B Young places high significance on his team – a group of school friends who make decisions via WhatsApp – and their innate understanding of what works. “Whereas some people might listen to their label for example, we just have a better understanding. My team they definitely played a big role,” he said.

B Young confessed to nerves before the release of 079Me, but noted that as the track’s impact grows, he’s noticing international pick up.

“I mean, everyone that likes Jumanji likes this song as well and there’s tonnes of different audiences. I’ve noticed there are a lot more overseas people, I’m getting direct messages from people all over Europe,” he said. “I’ve noticed a lot more people from different countries are taking notice of this one.”

With album plans yet to be confirmed, it seems Columbia and B Young are content to let his career take flight organically.

“The creative side is pretty much down to me, there’s no one that interferes with the music or the process of making the music,” he said. “I’m literally on my own in my room when I make music so not a single person tampers with it.”

Read the full interview here, and find out where 079Me places in this week's chart later today (September 7).