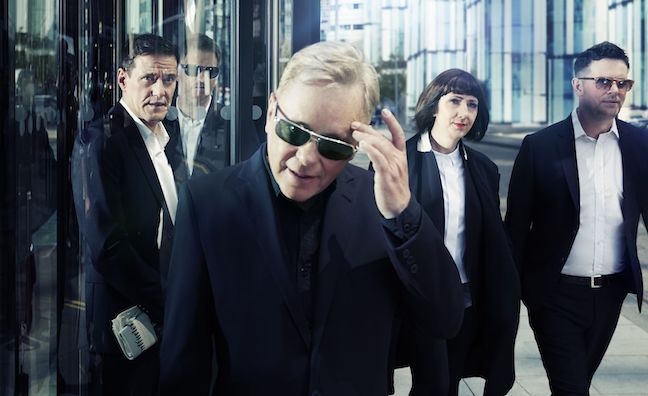 New Order have reached a full and final settlement with former bassist Peter Hook, according to a statement from the band.

The long-running and at times bitter row with the former bassist was based on Hook’s use of various New Order and Joy Division assets on merchandising and for the promotion of shows by his band. Peter Hook & The Light have toured extensively playing Joy Division and New Order albums in full with Hook on vocals.

There was a further legal challenge about the amount of money Hook receives from the use of the name New Order by his former colleagues. That financial dispute, which dates from 2011, has also been settled.

In a statement, New Order said: “The Joy Division and New Order names mean a great deal to so many of the fans, and the band felt it important to protect the legacy. With these issues now dealt with, Bernard, Stephen and Gillian can continue to do what they do best, make music and perform live.”

New Order have been playing US shows this month, including a date at the Hollywood Bowl.

What a night. Thank you Hollywood. pic.twitter.com/RM2FwTLJBY

Their 2015 album Music Complete (Mute) has total sales of 76,708, according to Official Charts Company data. The Manchester band also branched out into beer last year.

Hook has not commented on the latest developments, though has kept up a lively online commentary on the row over the years. As well as autumn dates in Australia, New Zealand and Europe, Peter Hook & The Light have a UK tour booked for December.

The shows, including dates at the Roundhouse in London and Manchester Academy, will feature songs from 1987 compilation album Substance. Following the death of Joy Division’s Ian Curtis, Hook sang on a couple of songs on New Order’s debut Movement, though Bernard Sumner ultimately became the band’s singer.