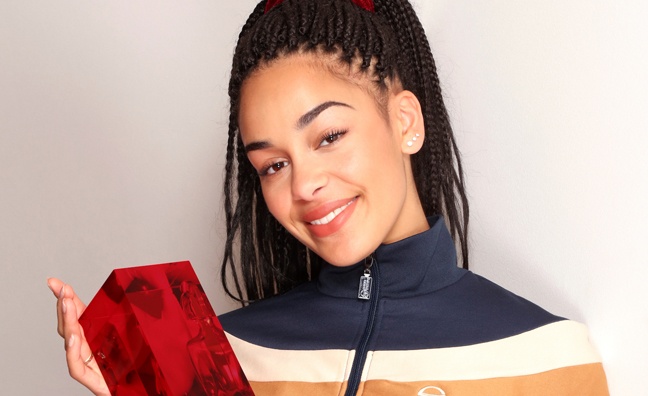 All this week, Music Week is celebrating the new music set to define 2018.

Pale Waves, Catherine McGrath and Mabel star on the cover of our latest issue, and are joined inside by IAMDDB, Superorganism, Matt Maltese, Lovebites, Tom Walker, Young T & Bugsey and Kojo Funds.

The 10 artists we’ve selected are all out to make their own indelible impact on 2018, but they’re not the only ones planning on making an impression this year. With the BBC Sound Of poll and the BRITS Critics’ Choice Award already decided, industry focus remains firmly fixed on new music.

With that in mind, Music Week has gathered the great and to good of the business and asked for their new music tips. Scroll through Part One below…

Pamela McCormick, founder and director of Urban Development
Paigey Cakey is an Urban Development artist, she is also co-managed by us, and with touring and big brand syncs as well as a string of new releases, she is set for a big year ahead.

Nicola Spokes, UK label head, Caroline International
Albin Lee Meldau – such an incredible vocal and an amazing performer. Lots more to come from him in 2018.

Natalie Judge, general manager, Matador
Snail Mail - our newest signing, Lindsey Jordan, from Baltimore. At only 18, she’s more headstrong than I’ll ever be. Her first trip onto UK soil is in January and I can’t wait.

Chris Price, head of music BBC Radio 1/1Xtra
We were quietly developing Sigrid over the course of 2017, and I’m excited about her potential to cross over as a bona fide pop star in 2018.

Jo Whitty, director, Sound City +
Hand Models - a new band from Belfast. They don’t have management, they haven’t released anything on Spotify and yet they've already gained support from Huw Stephens and BBC Radio 1!

Jane Abernethy, director of A&R, 4AD
I’m really excited to see what Flohio does next, I came across her when she featured on some God Colony tracks, she’s an incredible MC, she’s the kind of tough female artist I think we need right now so I’m hoping there’s a Flohio record in the works for 2018.

Sammy Andrews, founder, Deviate Digital
Gold Key are the most exciting new band I’ve heard in years. If you’ve opened any music magazine the past two months, you’ll have seen the rave reviews, which include their debut album, Hello, Phantom, receiving some editors album of the year slot, and rightly so - it’s fucking stunning. They’re 100% independent right now and already getting booked for major festivals next year. Expect big things from these guys in 2018.

Jeff Smith, head of music, BBC Radio 2/6 MusicI love that there’s so much great new British music emerging. This is demonstrated by the great selection of artists [nominated] for BBC Sound Of, BRITS Critics’ Choice... It’s hard to pinpoint one I’m most excited about, but a lot of the music I’ve heard so far from Jade Bird shows great potential; she’s a great vocal performer as well as having the potential to be an outstanding singer songwriter.

James Stirling, head of content commissioning, BBC Music
There’s a steady stream coming through BBC Music Introducing and just one example is Sam Fender. There’s a confidence running through his music that bodes well for when he really gets going in 2018.

Kim Frankiewicz, MD, Imagem Music UK
Lyra - She is a young Irish singer with a killer voice and great attitude!

Miles Leonard, chairman Parlophone Records
Yxng Bane – he is an absolute star and has the globe at his feet. With Dumi and G [Disturbing London] at the controls you have a full set of breakers in the business.

Mike Walsh, head of music/deputy programming director, Radio X
Thanks to a tip from SJM, John Kennedy and I stumbled upon Pale Waves a few years ago and we were able to introduce them to Dirty Hit. To see how much they have grown is incredible. They have raw talent, a boundless amount of ambition and the right people around them – Pale Waves’ potential is huge.

Jim Chancellor, MD Fiction Records & co-MD Caroline International
Sharna Bass is a superstar, a lion of a lady with immense vocal and star quality. Albin Lee Meldau is a breath of Nordic fresh air! And Another Sky come with a magnificent take on epic alternative

Ali Fletcher, head of A&R, Insanity Records
On a pop front, it has to be Raye. I can’t think of one thing she hasn’t done well yet, from cool early solo records like Flowers to mainstream features and, now, big pop hits of her own. On a more underground front, Kojey Radical I hope gets recognised for the insane talent he is next year.

Duncan Scott, general manager, Black Butter Records
IAMDDB feels exciting and hopefully with the potential to break internationally, which is what the UK urban scene could really do with.

Shabs Jobanputra, president, Relentless Records
Tom Walker as he is the complete package globally. Very exciting year for him.

Guy Moot, UK MD and president, worldwide creative, Sony/ATV
Jorja Smith – a unique talent with presence and class, cutting her own path in an individual way. I’m thrilled that she has just been announced for the BRITS Critics’ Choice award.

Richard Robinson, CEO of Help Musicians UK
There’s a young Northern Irish artist, Sam Wickens, who is on one of Help Musicians NI’s programmes entitled 3:3 (three bands in three years). He’s got that rare ability to hush an entire room with his vocal ability and range. I’d love to see Sam (and ROE) make waves in 2018 and I think with such obvious talent – anything is possible.

Steve Homer, co-CEO, AEG Presents
Khalid, a name that will be everywhere next year.

Kim Bayley, CEO, ERA
Tom Walker - because just when you thought the world didn’t need yet another male singer-songwriter, Relentless Records finds a new one.