Nile Rodgers: 'Songwriters have always been underpaid for what they do' 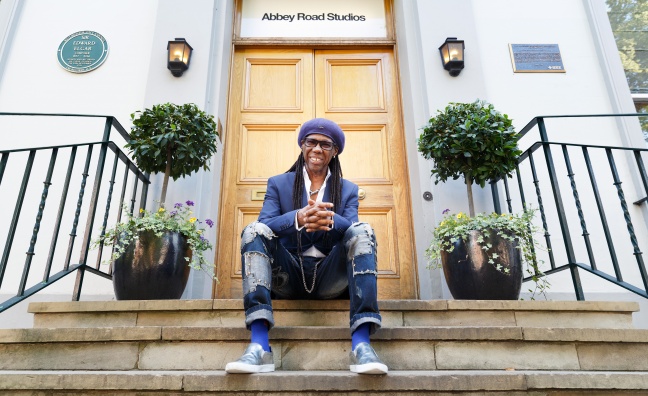 Nile Rodgers has outlined his action plan as the new chairman of the Songwriters Hall Of Fame in a new interview with Music Week.

The legendary hitmaker, who graces the cover of this week's magazine, was unanimously elected to the post by the board of directors at last month's annual board meeting. Rodgers will serve a three-year term and succeeds Kenneth Gamble and Leon Huff, who were co-chairs for the past three years.

"Songwriters have always been underpaid for what they do, because they’re delivering the thing that keeps the business afloat," said Rodgers. "I want to be able to go in and renegotiate the deals and the way that they value songs. Songs, to me, are commodities. Every single composition has its own profit and loss statement and almost every one of those songs, based on the deal that you originally do, is a profitable entity if you handle it right. I want to make sure that those artists are protected.”

Rodgers was inducted into the Songwriters Hall Of Fame as an artist in 2016 and releases It's About Time, his first album with Chic since 1992, via Virgin EMI on September 14.

“Songwriters are the bedrock of the entire music business," said Rodgers, speaking to Music Week at Abbey Road Studios, where he has been appointed to the newly created role of chief creative advisor.

He added: "Prior to The Beatles, it was all about songwriters because the big artists had to go to them for the songs. After The Beatles, the bands and artists that were being signed were all composers, you had to be self-contained. That was the downfall of The Monkees, when people found out that they didn’t write their own songs.

"What’s happened is that our music business has changed back to the old Tin Pan Alley formula, where songwriters are the bedrock of the community."