Now That's What They Call 2017: The biz picks its favourite songs of the year (so far) 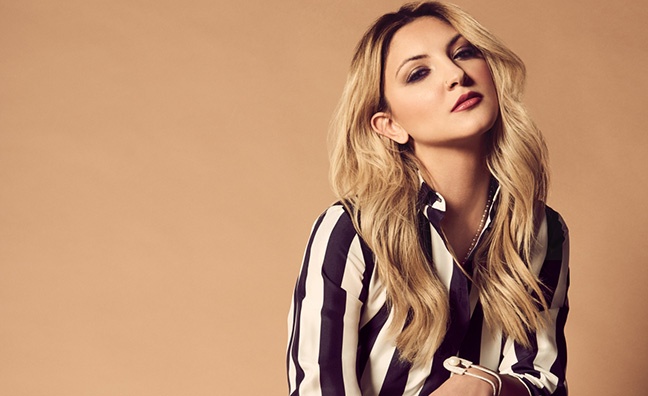 As the year hits the halfway mark, in the latest issue of Music Week we round up a selection of the biggest names in the business to ask one question: What is the best song of the past six months? Music Week's staff have already answered this tough question. Now it's time to find out what everyone else had to say...

“This is the song I’ve rinsed the most in the last year, the instrumental is killer, I love the lo-fi beats with the little steel drum melody, and when the sax comes in it goes to another place. It’s understated and everything that I love about what’s happening with music at the moment. Hip-hop is where the most experimentation and fluidity is happening at the moment. I love it. A$AP’s feature sounds very natural, not a phoned in feature, it comes together beautifully. The lyrics are really sexual and potent without being aggressive.”

“My favourite song would have to be J Hus' Did You See, the song is incredible and infectious. Could anyone else say 'Came in a black Benz, left in the white one' and it sound so genius? I think not.”

“This is an incredible single and a perfect pop song.”

“Swampy blues meets black metal soundscapes shouldn’t work but, both live and recorded, it does. This is a haunting chant with an almost ceremonial feel to it. It’s one of the most atmospheric releases of the last few years with an accessible yet avant-garde stance. It belongs in a genre of one.”

“I love hip-hop when it’s full of references, quite often stuff I don’t fully understand, and Jonwayne is full of them. From TV host Merv Griffin to wrestler Ric Flair, TED Talk takes you on a little flight to America for just the price of a download!”

“Anyone that opens a song with the line 'I’m jealous, I’m overzealous' is a winner in my book.”

“I know this has just been released, but it’s already way up there for me. It’s basically 2017’s version of Rhi-Rhi’s ‘Work’. It’s the track that brings out the sass in all of us when we’re out!”

“For me, Stormzy’s exciting - he’s what being young and rebellious and energetic is all about. It just feels like a moment in time and seeing him at Glastonbury and Radio 1’s Big Weekend, watching that crowd moshing to his records was incredible. It’s just the raw energy...”

“I've listened to Kelsea since her first album came out and know all the songs so was so excited about her releasing new material. This song is about looking back on a relationship and appreciating how special what you had was with that person, and how you can feel invincible in that kind of relationship, like it won't ever end. It's such a new kind of country song but still has such good lyrics, my favourite line is ‘What everyone wondered we never questioned'. Can't wait to see what else Kelsea's working on!”

“Galway Girl is a great pop song - simple as that. I also think it is great how Ed has collaborated with the folk band Beoga to introduce elements of traditional Irish folk to the song.”

“When I first heard it I knew immediately it would be my song of the year! I love the mixture of modern and ‘80s vibes and when the outro hook kicks in it’s just sheer genius. Pop music at its total best!”

Nitin Sawhney
Sampha - (No-One Knows Me) Like The Piano

“I love the emotional rawness of this track. The lyrics immediately reminded me of years practising piano at my mum’s house. The piano was always a great teacher, companion and sanctuary. Sampha has a beautiful voice.”

“Every once in a while a song stops you in your tracks with a strong emotional connection. The first time I heard this made me feel that way, [with Aldous] coming across like a gothic folk chanteuse.”

For the full list of the biz's favourite albums and songs, see this week’s edition of Music Week, or subscribers can click here. To subscribe and never miss a big music biz story, click here.