"One of the conditions of signing me is that you can't A&R me": Inside Nitin Sawhney's groundbreaking career 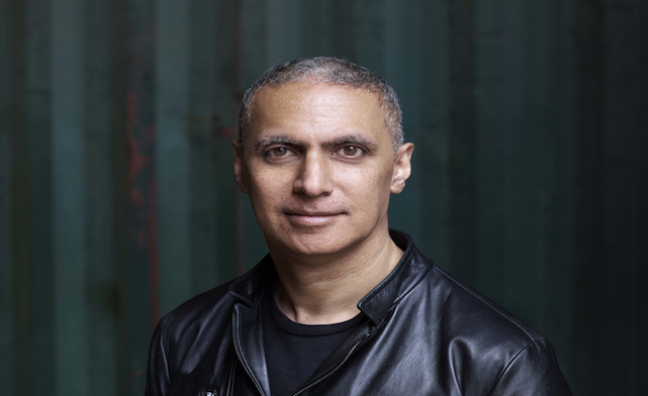 In the new issue of Music Week, we speak to the winner of this year’s Lifetime Achievement Award at the Ivor Novellos: Nitin Sawhney. Having produced incredible work not only as a solo artist, but also as a multimedia composer for various film, TV, computer game and theatre projects, Sawhney reveals how a diverse approach to music has been the key to his ground-breaking career.

“I don’t think anyone ever picks up an instrument thinking that they will make money from it or will ever have a career playing it,” Sawhney told Music Week. “When I started to play the piano, for instance, I just loved the sound and the feeling of bashing the notes. It gave me something back straight away - it was exciting! I must have been four years old, I just ran up and down the keys banging it. Then I got into classical piano after that and flamenco and rock guitar. I was in jazz bands, funk bands, rock bands and a youth orchestra. I got to think of music across the board. That’s widened my thinking about lots of different styles of music. I was playing in whole different styles of music, and flamenco was the thing that really got me because it felt like an amalgamation of Indian classical techniques with the extended time signatures, and also western classical techniques and all kinds of styles. What’s nice is that I’ve never compromised what I do with music. I just make the music that I want to make.”

Sawhney went on to tell Music Week that the best decision in his career was to ensure that he was never A&R’ed by a record label.

“I put it in the contracts very early on,” explained Sawhney. “One of the conditions of signing me is that you can’t A&R me. I make whatever record I want to make and then you put that out, which is quite arrogant in a way. For example, [1999’s] Beyond Skin keeps on sticking bits of my mum and dad speaking on it, or little political soundbites, or going off to South Africa to interview Nelson Mandela for Breathing Light [on 2001’s Prophesy album]. People have said, That sounds like a really good idea! But I don’t know if they would have done it beforehand. It just felt to me like it was the right thing to do for those albums.”

You can watch the video for Sawhney's Homelands below: