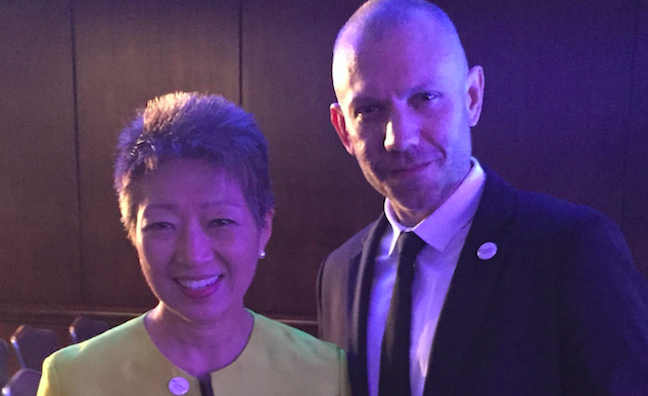 "The White House proposal to eliminate funding for the National Endowment for the Arts is shortsighted and alarming," said Neil Portnow, president/CEO of The Recording Academy, which organises the Grammys. The proposal, contained in President Donald Trump's Budget Blueprint for 2018, would be the first time a US President has completely stopped funding arts and humanities. Both the NEA and the NEH were created in 1965 with the National Foundation on the Arts and the Humanities Act proposed by President Lyndon B. Johnson's administration and voted by Congress.

The combined budget of both Washington, DC-based independent federal agencies is about $300 million. The NEA had a budget of $146.2 million in 2015, benefiting creators through arts-related organisations. The agency is "dedicated to supporting excellence in the arts, both new and established; bringing the arts to all Americans; and providing leadership in arts education." The budget of the CPB was $445 million in 2016, and is one of the main sources of funding for PBS and NPR, both offering a wide range of TV and radio programmes on the arts.

"We are disappointed because we see our funding actively making a difference with individuals of all ages in thousands of communities, large, small, urban and rural, and in every Congressional District in the nation," said NEA chairman Jane Chu.

On a practical level, nothing will change for the time being for all these organisations. The budget is a proposal submitted to Congress which is the only branch of government to have the power to vote the budget.

For singer/songwriter Blake Morgan, who is at the origin of the #IRespectMusic, the NEA is part of a personal narrative. "I’m a professional musician today in large part because of the National Endowment for the Arts," he told Music Week. "My mother, the author Robin Morgan, won an NEA endowment when I was a child. With that money, we were able to pay off some bills, buy winter coats, and my mother used the remainder to pay for piano lessons for me, as well as my first entrance into music school. Without the endowment, neither would have been possible at the time."

Morgan added: "I’m outraged at this nonsensical attack on American artists, and the arts in general. Every authoritarian leader in history does two things when they rise to power: first they attempt to discredit journalists, and then they attack and repress artists. This particular leader is no exception. American artists – of every discipline – will fight him, and anyone who attempts to do the same. And I will be on the front lines of that fight."

The creative community is already preparing to lobby Congress to make sure public funding continues to flow towards the NEA and the NEH. Said Portnow: "The modest support that we provide to music and the arts is returned many times over, whether measured in jobs and economic impact, or sheer cultural enrichment and introspection. The Recording Academy will ask Congress to maintain funding for the National Endowment for the Arts and renew our commitment to America’s creators.”

Over 200,000 Americans have signed a petition asking Congress to oppose Trump's proposal. "I urge you to reject any budget brought before Congress that eliminates funding for the arts and humanities," reads the petition.

Cara Duckworth, a spokesperson for record labels' trade body RIAA, told Music Week: "Music and the arts are an essential part of our nation’s cultural assets, with key programs that anchor local communities and nurture tomorrow's musicians and songwriters. The President’s budget is a preliminary step in a larger process, and we look forward to working with policymakers, the Administration, and our industry allies to protect our country’s important arts programmes.”

The Content Creators Coalition (c3) and the Future of Music Coalition, which are two advocacy groups for creators and musicians, said in a joint statement that President Trump’s proposed budget "that guts the arts programs is indefensible." The also called the proposal to defund CPB "equally shameful and senseless."

C3 and FMC pointed out that the NEA is the only organisation that makes grants to arts programs in every congressional district. They added, “As artists, musicians, and music lovers, we stand united in asking Congress to reject these cuts, retaining support for the arts and culture, by fully funding the NEA, NEH, and CPB. The fact is that federal spending for the arts in the US is already shockingly low. In comparison to other countries, it is an international embarrassment. And yet, even with such a small budget, the NEA supports industries that employ millions of Americans and generate billions of dollars every year in revenue and tax dollars."