Overnight news from around the world: Thursday, June 2 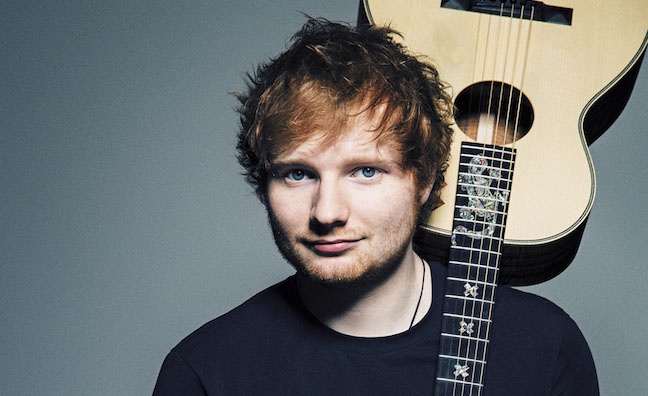 Here's all the headlines you might have missed overnight:

Music licensing company PPL has revealed its annual PPL People’s Charts, with Ed Sheeran named the Most Played Artist, and Uptown Funk by Mark Ronson as the Most Played Pop Track Of The Year in 2015 in the UK. Sheeran jumps to first place in the Most Played Artist of the Year Chart after featuring at No.3 in the same chart last year. His success comes largely from the broadcast and public use of Thinking Out Loud, Photograph and Bloodstream. Taylor Swift charts at No.2, whilst Olly Murs – for whom this marks a fifth successive year in the Top 10 – is at No.3. With only three months of airplay for her new material in 2015, Adele’s impact is more likely to be seen in the PPL People’s Charts in 2016. Aggregated using PPL’s exclusive UK music usage and airplay data, the PPL People’s Charts show the popularity of tracks being played both by broadcasters and in public by businesses across the UK. The music usage and airplay data is supplied by PPL's licensees, including radio stations and television channels, as well as businesses such as pubs, restaurants, shops, offices, and gyms. Uptown Funk by Mark Ronson featuring Bruno Mars tops the Most Played Pop Track Chart. Ellie Goulding’s Love Me Like You Do and James Bay’s Hold Back The River come in at second and third place respectively in the Most Played Pop Track Chart. For Goulding, this marks her most successful song to enter the PPL chart following Burn, which featured at No.16 last year. James Bay makes his first appearance in the Chart this year. The Top 6 Most Played Pop Tracks are by British acts, including Years & Years and Jess Glynne.

East West Records UK has signed multi-platinum band Busted. All three original members – Charlie Simpson, Matt Willis and James Bourne – have just finished a sold out UK tour and will deliver an album of new music later this year. Formed in 2000, Busted have sold more than five million records worldwide and scored four UK No.1 singles. They released two studio albums, Busted (2002) and A Present for Everyone (2003) before breaking up in January 2005. On November 10, 2015, Busted announced a 13-date arena tour in the UK and 100,000 tickets were sold in the first hour of being put on sale; subsequent tour dates were added as a result of high demand. Dan Chalmers, president of East West Records UK, said: “Watching Busted play live over the past few weeks and seeing people respond to their music and energy has been amazing. Busted have a huge global fanbase who’re going to be really excited to hear the new music the guys are working on. They’ve managed to combine the classic Busted sound with a modern twist, it’s sure to remind people of why they love them. We’re really happy to be working with Charlie, Matt and James as well as their management team and we’re dedicated to delivering a massive new record.”

A delegation from CISAC – the International Confederation of Societies of Authors and Composers – was received by French Prime Minister Manuel Valls at the Hôtel de Matignon, in honour of the organisation's 90th anniversary. CISAC protects the rights of over 4 million authors through its member organisations in 120 countries. Prime Minister Manuel Valls stated: “The fight for authors' rights is vital to protect creation. The [French] government acts on numerous levels: the battle against piracy, fair remuneration of authors and artists for the digital use of their works, and supporting the means of financing creation. France, an early pioneer for authors' rights, will stay at the forefront of its modernisation.” CISAC president Jean-Michel Jarre welcomed this statement by adding, “Authors' rights are at the heart of culture and cultural diversity, which today are vital in enabling people to respect one another's differences and to live together. They are also a key driver of the creative economy, generating employment and revenue, which allows an entire class of, often young, people to live off of their talent. As the world becomes increasingly digital, it is all the more necessary to ensure that creators receive fair remuneration for the use of their artistic works, particularly in digital markets. We call on governments and decision makers to support pro-creator legislation in France, in Europe and throughout the world.” During the meeting, Jean-Michel Jarre stressed the importance of the 2005 UNESCO Convention on the Protection and Promotion of the Diversity of Cultural Expressions, which has been ratified by 138 countries. Jarre suggested that this text, which signatory countries will discuss again in the coming months, be expanded to take into account the huge digital challenges that did not yet exist when the Convention was negotiated at the end of the 1990s. Rebalancing the Transfer of Value as well as promoting private copying remuneration and the visual artists' resale right are essential global solutions for fair remuneration of creators. French Prime Minister Manuel Valls highlighted the importance of the issues at stake in this renegotiation and indicated that France would take any necessary measures.

Warner Music Group (WMG) has expanded Chris Ancliff’s role to become executive vice president for Eastern Europe, Middle East and Africa. With his new responsibilities, Ancliff will oversee the company’s operations in these developing markets, reporting to Stu Bergen, WMG’s CEO, international and global commercial services. At the same time, Ancliff will continue to serve as WMG’s general counsel, international, responsible for WMG’s legal and business affairs activities outside the U.S., and reporting to Paul Robinson, WMG’s EVP and general counsel. Over the past three years, WMG has made a number of major initiatives in emerging markets.  Among them was the company’s 2013 acquisition of Gala Records Group, Russia’s leading independent music company, which led to the establishment of Warner Music Russia.  With the acquisition of Parlophone Label Group that same year, WMG welcomed EMI’s affiliates in key markets in Eastern Europe, including Poland, and two years later acquired Polskie Nagrania, Poland’s longest-running record company. 2013 also saw the launch of Warner Music South Africa, following a buyout of Gallo Records’ share of the joint venture Warner Music Gallo Africa. Prior to WMG, Ancliff spent eleven years at EMI International, rising from Vice President, Legal and Business Affairs to General Counsel, EMI Group. He began his career at the London-based law firm Linklaters before moving to PolyGram International in 1993, where he became head of the legal department for the company’s popular music marketing division and later held the same post for its filmed entertainment operations. Ancliff has helped inform and shape policy on music and the creative industries around the world through his roles with industry trade bodies such as BPI and IFPI.

Music distribution company Bamm.tv has launched the Playboy Music app. The new platform combines model videos with exclusive live music performances and emerging artists. Playboy's 2016 Playmate Of The Year, Eugena Washington, will be featured prominently in the Playboy Music app with an exclusive video and pictorial gallery. Each month, the app will feature new pairings of the best new music and the hottest new models, with the likes of Lauren Young, Miki Hamano and Skylar Mimuro matched with curated tracks from emerging artists like Monsieur Periné, Blackbird Blackbird, Geographer and The Flashbulb. In addition, Playboy Music members will receive exclusive access to model galleries and songs, and the chance to enter a contest to win a weekend vacation for two in Las Vegas. Playboy Music is available on iOS and Android in the US for 99 cents per month. Users can also gain access by sharing the app with friends. "Playboy Music celebrates the diversity of female sexiness with a curated playlist of songs framed within beautifully crafted videos," says Jeff LaPenna, creative director of the Playboy Music app at Bamm.tv. "But the models are more than just sexy — they are the focal point of a narrative that connects beauty with music in a way that men will enjoy and women will find empowering."

Gaby Fainsilber has been promoted to head of digital marketing for Crush Music, continuing to be based in NYC. With the team for almost a decade, she has been an instrumental part of the company’s success, leading digital marketing efforts for the artist roster, which includes Sia, Weezer, Panic! At The Disco and more. Her strategic input has a hand in multiple hit tours and albums, including Fall Out Boy’s return from hiatus, Panic! The Disco’s recent Death Of A Bachelor, and Weezer’s latest release, the White Album. Fainsilber reports to Crush Music CMO, Dan Kruchkow and will look after all aspects of digital marketing, including partner relations, social media strategy and new technology development as well as overseeing the department. Said Kruchkow: “Gaby’s tireless efforts have brought Crush to the bleeding edge of technology and have helped our artists become leaders in the space.”