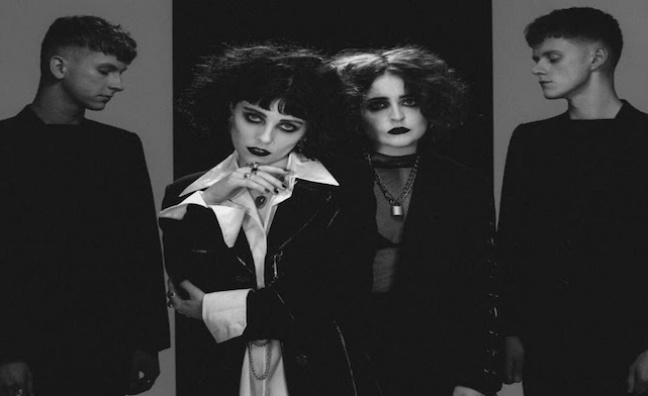 Pale Waves appeared in Music Week’s On The Radar  section in March last year, and singer/guitarist Heather Baron-Gracie appeared on our Class Of 2018 cover story alongside Mabel and Catherine McGrath.

Speaking about the album in the interview, Baron-Gracie said: “A lot of people have only heard our pop songs, so I can’t wait to give them the other side of Pale Waves, which is super dark and vulnerable. We're growing so fast, I just want to keep that energy. I want to see us grow a lot more. I want more faces at the shows, I just want more of everything!”

Subscribers can read our full January interview with Baron-Gracie here.

In April, Dirty Hit founder Jamie Oborne told Music Week that Pale Waves have signed a deal with Interscope in the USA.

You can listen to Eighteen below.

The full tracklisting of My Mind Makes Noises is as follows:

Pale Waves have a host of live dates scheduled to support the album’s release. Tickets to all shows are available now via the band's website. The dates in full are listed below: