Panic! At The Disco's Dallon Weekes signs side project to Fearless Records 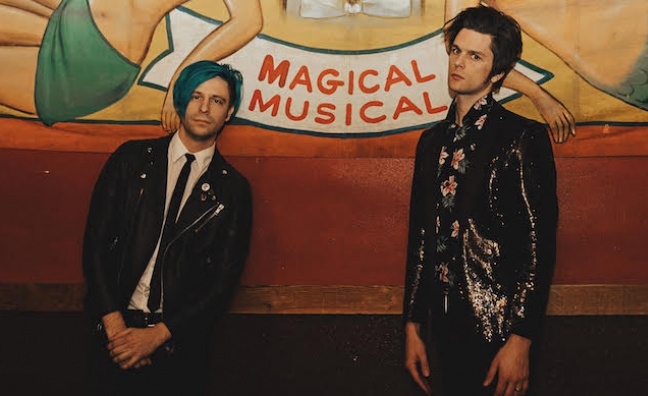 Panic! At The Disco bassist Dallon Weekes has announced that his side project I Don’t Know How But They Found Me (IDKHow) has signed to Fearless Records. The band have also released a new single, Do It All The Time.

The duo - featuring Weekes on vocals and Ryan Seaman on drums - have been performing since 2016 and have played a series of intimate shows.

Their second track, Choke, was initially released through social media in 2017 and went on to rack up 5.3 million Spotify streams. It has been issued as a double A-side with new song Do It All The Time today (August 23).

The name is from a quote in Back To The Future, and the film has inspired a conceptual story of a 1980s band who have been re-discovered online.

Weekes said: “The hard-working people at IDKHow are pleased to announce that they and Fearless Records will be working together to unearth and uncover the rare and forgotten recordings of I Don’t Know How But They Found Me. We look forward to rediscovering this long-forgotten music together and giving IDKHow a second chance. For the first time!”