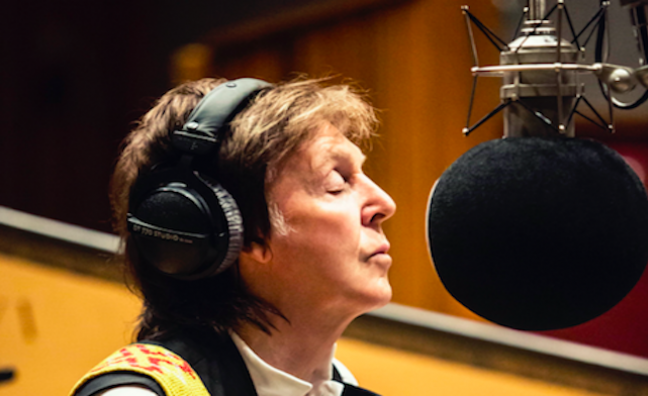 He might be one of the most successful musicians of all time, but even Paul McCartney can make new friends – that’s the thinking behind the varied promotional campaign launching his new album.

Released last Friday (September 7), the build-up for Egypt Station has seen the former Beatle go back to his old school with Jarvis Cocker and hitch a rider with James Cordon as Virgin EMI have sought to acquaint new audiences for his entire solo catalogue and not just his latest record. The album has entered the Top 2, according to the latest midweek figures.

“The aim has been to hit as many areas as possible to familiarise people with the fact that Paul McCartney is who he is – the greatest living songwriter,” EMI MD Clive Cawley told Music Week.

This strategy saw McCartney give an exclusive first interview with indie music magazine DIY, appear on the Sodajerker songwriting podcast, take part in a Facebook Q&A which was filmed at McCartney’s old school, now The Liverpool Institute For Performing Arts, hosted by Jarvis Cockerand and join James Corden for an episode of Carpool Karaoke which has since gained 32 million YouTube views.

“It was very important because what it did at the start of the campaign was reintroduce his entire catalogue and songwriting history and bring some new music into it,” said Cawley of the latter, globally impactful appearance behind the wheel.

“He joined all the dots for us and came across really well.”

Get the latest issue of Music Week for a detailed examination of McCartney’s new album campaign.

Plus read about McCartney's intervention in the crucial, Artcile 13, EU copyright vote.