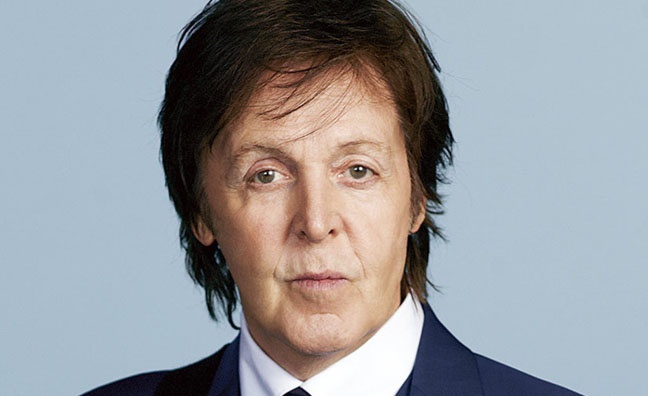 The Sunday Times has unveiled its list of the richest musicians in the UK for 2018.

At No.1 Sir Paul McCartney, who is said to be worth £820 million, up £40m on the previous year, when valued alongside his wife Nancy Shevell, making him the richest musician in the history of the Rich List.

McCartney, who collected his Companion Of Honour medal at Buckingham Palace last week for his contribution to music in the UK and worldwide, has also benefited from the deal that made The Beatles’ 13 albums available on streaming services in 2015. His £40m rise in net wealth is split equally between revenue from The Beatles’ songs and income from a 37-date tour that took in Japan, Brazil, Mexico, Australia and the United States, grossing £100m at the box office.

In second and third place are Lord Lloyd Webber and U2 with wealth figures of £740m and £569m respectively. Sir Elton John, in fourth place, is the only other musician alongside McCartney to appear in the very first Sunday Times Rich List in 1989. Sir Elton is now worth £300m, £10m up on last year.

Adele retains her title as the richest young musician for the second year running, increasing her wealth by £15m to £140m, £60m clear of second placed Ed Sheeran.

Robert Watts, compiler of The Sunday Times Rich List 2018, which will be published on Sunday, May 13. said: “For years our music millionaires list has been dominated by older acts, such as the Rolling Stones and Sir Elton John, who have an older audiences able to pay a premium to see their favourite acts. But some of the biggest risers over the past year have been amongst younger acts such as Ed Sheeran, Adele and Calvin Harris.

“Streaming services, the internet and income from endorsements are helping today’s young musicians build an international following - and with it their fortunes - far quicker than the older rockers. We think it won’t be long before some of these relative newcomers will surpass the wealth racked up by rock legends who in some cases have been on stage for nearly half a century.”