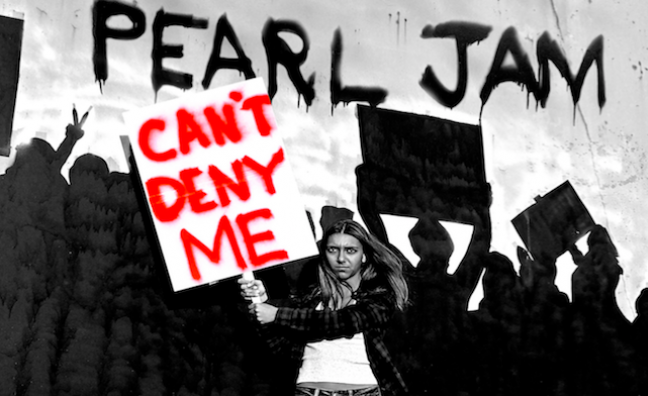 Pearl Jam have today (March 13) officially released a brand new track, Can’t Deny Me. The song - which was first released as a surprise early download to members of the band’s Ten Club via Monkeywrench Records/Republic Records – is taken from their forthcoming album.

The searing track was recorded in Seattle in February of 2018 and was co-produced by the band and Brendan O’Brien (Bruce Springsteen, AC/DC, Rage Against The Machine, Neil Young).

Can’t Deny Me can be purchased now at pearljam.com and is available on all digital stores and streaming services.

Pearl Jam kick off a tour of South America in Santiago today, and will head on a full European arena tour this summer, including two UK dates at the O2 Arena on June 18 and 19.

You can listen to Can’t Deny Me below