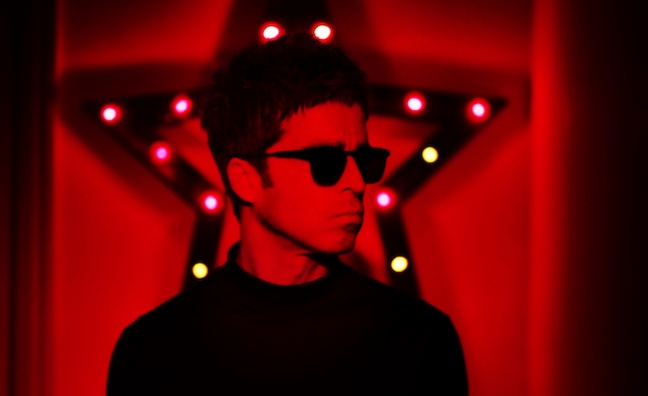 Noel Gallagher’s High Flying Birds have confirmed a November 24 release for new album, Who Built The Moon? An arena tour has been lined up for 2018.

Gallagher worked with DJ and producer David Holmes on Who Built The Moon?, which is released via Sour Mash/Ignition. The 2015 NGHFB album Chasing Yesterday, distributed by ADA, is certified platinum with sales of 305,015, according to the Official Charts Company.

The release pits the Gallagher brothers against one another in a Q4 albums sales battle. Liam Gallagher’s debut solo album, As You Were (Warner Bros), is out on October 6.

Recorded in London and Belfast, the album’s influences are described as ranging from French psychedelic pop to soul, rock and disco. Special guests include Paul Weller (who plays organ on Holy Mountain) and Johnny Marr (guitar and harmonica on If Love Is The Law)

“People are going to be surprised,” said David Holmes “I think people love Noel and they’re desperate for him to make a really big, bold, up-tempo beast of a record – a lot of Noel’s music is quite mid-tempo. This one is fun.”

The album will be distributed and marketed by Universal Music Group in more than 150 territories around the world. It will be distributed by Universal Music Group in North and South America, Asia (excluding Japan), Australia, New Zealand, Eastern Europe and Russia. UMG’s Caroline team will release Who Built The Moon? in the US.

Ignition Management partner Alec Mckinlay said: “We have long-standing relationships with many of the UMG family around the world. We’re delighted that they have put together this bespoke deal to enable us to work with a really exciting hand-picked team on the new Noel Gallagher’s High Flying Birds album in a number of key territories.”

ADA will distribute the album in the UK.

The arena dates are as follows: