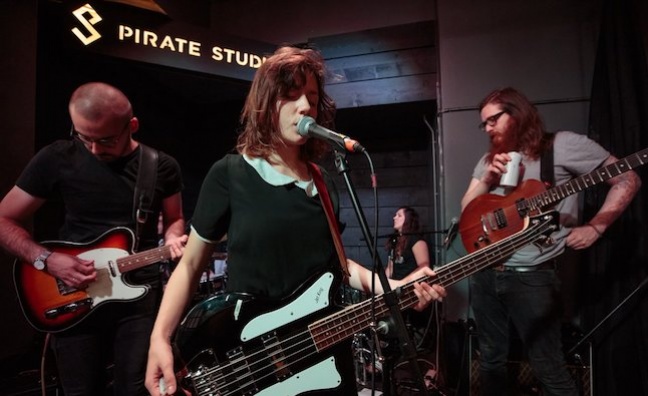 The panel of experts will provide one-to-one mentoring and masterclasses that cover every aspect needed to help launch a career, from management, publishing and A&R to radio airplay, songwriting and PR. Pirate Studios will provide unlimited free use of their rehearsal facilities, studio time with professional engineers, free video production, branding and marketing advice as well as promotion across social media channels.

The three winners will also secure festival slots as well as a guaranteed audience with industry A&R at three invite-only shows taking place across the UK in the summer.

Pirate Studios has unveiled the talent programme as it prepares to launch in another 10 UK locations in 2018, in addition to its existing 150 studios. There are also plans for international expansion into Germany and the US.

The competition launches at 3pm today (February 19) with submissions open for tracks at piratestudios.co.uk/prodigy - entries will be transferred to SoundCloud for the public vote. The final deadline for entries is March 19.

“We have 20,000 musicians in our community - a lot are producing amazing music,” said David Borrie, co-founder Pirate Studios. “We find it incredible some of these guys aren’t already household names so we thought it would be awesome if we could be the ones to give them a helping hand.”

David Bianchi, of Various Artists Management (Charli XCX, The Libertines, Tom Grennan), added: "This is an unbelievable opportunity for emerging British acts that need that extra help to break through.”