Plaintiff in Stairway To Heaven case files notice of appeal 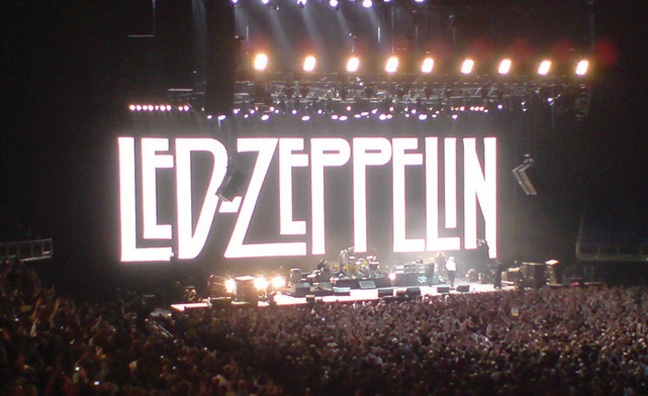 Michael Skidmore, the trustee of songwriter Randy "California" Wolfe's estate, has decided to appeal the verdict from a Californian court, which found in favour of Led Zeppelin in the plagiarism case related to the band’s iconic song Stairway To Heaven.

Warner Music Group, which released the song, and music publisher Warner/Chappell, were co-defendants in the case.

Skidmore filed a notice of appeal of the June 23 verdict with the 9th US Circuit Court of Appeals on July 23, which was confirmed by the court on July 25. "Please take notice that Plaintiff Michael Skidmore, Trustee for the Randy Craig Wolfe Trust, hereby appeals to the United States Court of Appeals for the Ninth Circuit from the final judgment entered on June 23, 2016, as well as any and all interlocutory rulings, decisions, and orders that gave rise to the judgment and are merged therein,” according to the notice of appeal.

Christine Lepera, a partner at Los Angeles-based law firm Mitchell Silberberg & Knupp, which represents Warner/Chappell (but not in this litigation case), tells Music Week that so far “only a notice of appeal has been filed, so the issues that Plaintiff will focus on in the appellate briefing are not yet articulated. One doesn’t know precisely all of the issues that are going to be raised – or the full spectrum of challenges and bases therefore — until their appellate briefing.”

On the possible outcome of the appeal, Lepera, who is co-chair of the Entertainment & IP Litigation Practice Group at MSK, adds that, generally, "jury, credibility, fact finding verdicts are difficult to disturb. Further, I have not heard of any alleged evidentiary or instructional errors that suggest any sound ground for overturning the verdict."

Skidmore had sued Led Zeppelin, claiming that 1971’s Stairway To Heaven was lifted from Taurus, an instrumental composed in 1967 by Wolfe and performed by Californian band Spirit. Skidmore, through his lawyer Francis Malofiy, argued during the six-day trial in June that Wolfe deserved a writing credit, and asked for millions of dollars in damages.

The jury decided that there wasn't substantially similarity between the two tracks to find in favour of the plaintiffs and ruled unanimously in favour of Led Zeppelin. After the trial, which was attended by the surviving members of Led Zeppelin, Jimmy Page, Robert Plant and John Paul Jones, the band said it was "grateful for the jury’s conscientious service and pleased that it has ruled in our favor.” Warner/Chappell's lawyers were seeking in excess of $650,000 to cover legal fees.