Q4 Week: Sainsbury's on the enduring appeal of physical 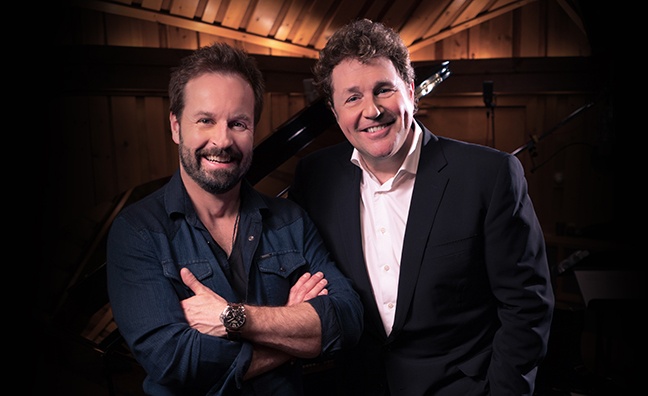 This week’s issue of Music Week is a Q4 special, featuring cover stars Ball & Boe, whose debut album was the biggest release of 2016. The duo are hoping to repeat that success this time around, but who are the acts to beat? Pete Selby, who features in our Q4 retail Big Story, reveals who he thinks will be in the running for the Christmas No.1 album.

Do you think it will be a big Q4 for music?

Broadly speaking 2017 feels on a par with 2016 – strong but not necessarily stellar. On paper, the Q4 release slate is certainly missing a few of those cross-generational blockbusters that galvanise the whole market. That said, the Sam Smith campaign has got off to a great start and feels like it is shaping up really well and the Ed Sheeran campaign will reach a whole new audience when he starts to promote Perfect, which is all set to become a modern standard in a similar vein to Angels by Robbie Williams. As ever, discretionary gift spend will also be challenged from other areas of entertainment – be that books, DVDs or games.

What do you think the big releases will be in Q4?

There are no certainties in music but it’s a pretty safe bet to say that Ed Sheeran, Sam Smith and Rag’N’Bone Man will all be jostling for a Top 5 finish this year. There is still plenty of mileage in Ed and Rag'N'Bone Man and with all the right promo still to land. This should in theory take the albums to another level – which is pretty encouraging when you consider how many copies both have already sold YTD. In a diverging market, pop albums are an increasingly tougher sell – we’ve already seen a few ‘superstar’ acts struggle to convert streams to albums in 2017 – but Pink feels very well set up. She’s come back with a contemporary record - but not divisively so - and has managed to retain her fan base and the essence of what makes her such a strong, unique artist.

The Sam Smith campaign has got off to a great start, it's shaping up really well

Ball & Boe were the surprise hit last year, do you expect the follow-up to to be big?

The ongoing success of the – still rather disingenuously named – ‘grey pound’ titles which peaked last year is an absolute tonic for the market at Christmas, in particular the grocery sector. As is often the way though, poorer facsimiles will always arrive in the slipstream of success and you hope the market doesn’t weaken and buckle as a consequence. But there is much to be positive about – Sheridan Smith, Anton Du Beke and second helpings of Bradley Walsh and returning champs Ball & Boe demonstrate there is more than enough wheat amongst the chaff to keep our customers happy.

Can the CD format survive?

We fundamentally need to change the narrative on whether or not the CD format can endure – it has and it will. I’m not sure how much further evidence the industry requires before we finally stop asking this question. Clearly streaming is now just a part of the everyday fabric of life but what the past few years have demonstrated is that the music consumer doesn’t exist in a one format/one channel silo – and equally there continues to be a whole section of the market for who streaming still remains off radar. The biggest challenge will come not from customer-initiated disengagement but whether or not the industry forces them down this path prematurely.

As we hurtle towards the uncertainly and instability of a post-Brexit world, consumer confidence will continue to wobble. CDs – as with DVDs, books, games and other entertainment products – are seen as discretionary ‘treat’ items. As prices rise on essentials such as food and clothes, we need to be very mindful that we continue to offer depth and choice at fair prices, and not at a cost prohibitive ‘premium’. This is the single biggest threat to the longevity of the format.