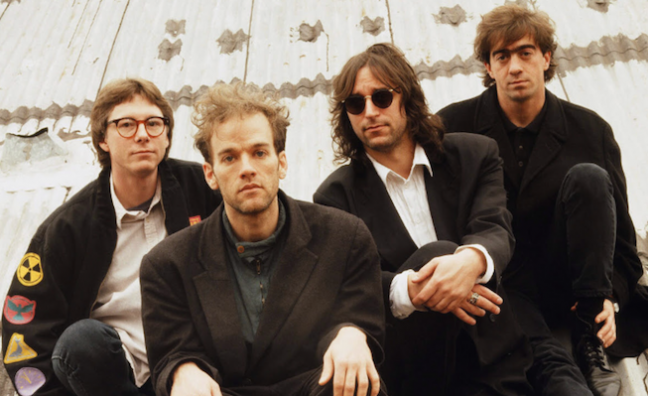 R.E.M. have signed a representation deal for the United States with performance rights organisation SESAC. The agreement covers the band's 15-album catalogue, with such tracks as Losing My Religion, Everybody Hurts, It’s the End Of The World As We Know It, Shiny Happy People and The One I Love, among others. In addition, band members Bill Berry, Peter Buck, Mike Mills, and Michael Stipe have signed individual deals with SESAC for performing rights representation in the United States. The band were previously affiliated with BMI in America.

“We are proud to represent the songs of a band that, without question, changed rock music forever,” said John Josephson, chairman and CEO, SESAC Holdings. “Along with representing the rich, timeless R.E.M. catalogue, we also welcome Michael, Peter, Mike and Bill to the SESAC family.”

The band, formed in 1980, have sold more than 85 million albums worldwide. In September 2011, a few months after releasing their last record, Collapse Into Now, R.E.M. announced that they were "calling it a day as a band".

Their early recordings were released by indie label I.R.S., and in 1987, when their I.R.S. contract expired, the band signed with Warner Bros. Records with whom they remained until their split.  Their biggest-selling album in the UK is 1992’s Automatic For The People, which peaked at No.1 and has since turned 7xPlatinum, selling more than 2m copies.

In the past few years, the band and their longtime manager Bertis Downs have made a string of significant business deals. In March 2016, they signed a global representation deal with Universal Music Publishing Group, after decades with Warner/Chappell, and at the end of 2015, they inked a deal with indie music company Concord Bicycle Music to handle re-releases of recordings made between 1988 and 2011, initially released through Warner Bros.