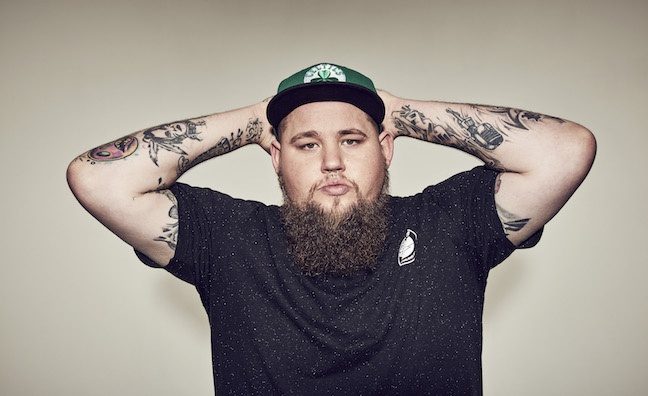 Rag’N’Bone Man has today (April 4) been announced as the official UK Record Store Day Ambassador for 2018. As part of the announcement, Rag’N’Bone Man has also confirmed he will release live to vinyl recordings of two new tracks Don’t Set The World On Fire and George Has Got A Friend exclusively for RSD on April 21.

Speaking about his appointment as ambassador, Rag’N’Bone Man said: “Big up Record store day for having me as their ambassador this year. It’s a real nice escape going to a record shop, spending hours flicking through vinyl, checking out new and old stuff, looking at the artwork & reading through the liner notes. I remember when my first project was pressed to vinyl. I swear I pinched myself 100 times to make sure it was really happening, It was so sick, especially because I’ve always been an avid collector and I never thought I’d have a press of my own!”.

Both Don’t Set The World On Fire and George Has Got A Friend were written by Rory Graham and produced by Ben Jackson-Cook, and were recorded live and straight to vinyl at Metropolis Studios last month.

The special 12-inch coloured vinyl release has a limited run of 1500 copies which will only be available at record shops on Record Store Day, April 21. The songs will not be made available on any future releases.

Natasha Youngs, owner of Resident Music and RSD spokesperson said: “Rag’N’Bone Man’s incredible success is richly deserved and has come from years of hard graft, making him a great ambassador for our sector of the music industry - a set of fellow grafters. Rory frequently talks of his love for record shopping & his passion for vinyl as a format, so we are honoured to have him involved with Record Store Day this year.”

You can read Music Week’s 2017 interview with Rag’N’Bone Man here.