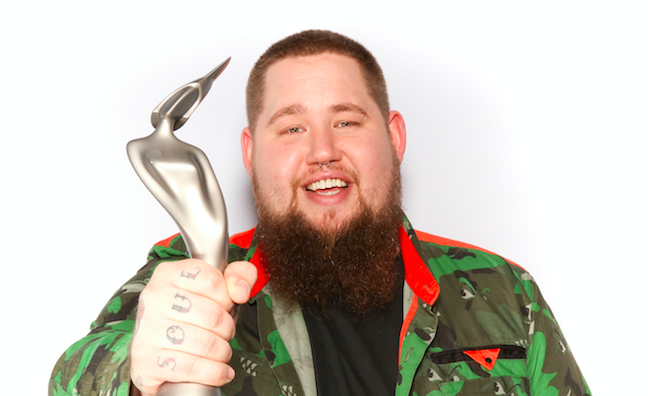 Rag'N' Bone Man has been unveiled as the winner of next year's BRIT's Critics' Choice Award.

From the East Sussex town of Uckfield, the 31-year-old blues singer (whose real name is Rory Graham) signed a publishing deal with Warner/Chappell in 2013 and will release debut album Human via Columbia on February 10 next year.

Graham said: “I thought they had made a mistake. I was up against two pop giants. It’s bloody brilliant! I’m crazy happy. Proper massive grin.”

Mike Smith, managing director of Warner/Chappell, added: “This news caps off an incredible year for Rag‘N’Bone Man.  ‘Human’ has spent nine weeks at number one in Germany and is set to go Top 10 in the UK.  His success is built on years of hard work, crafting beautiful songs and building a loyal fan base.  I know that 2017 will bring even more great things for one of the most original talents on the British music scene.”

Rag’N’Bone Man beat Anne-Marie and Dua Lipa to the prize, which in previous years has launched the careers of acts including Adele, Sam Smith and Emeli Sandé.

Since its inception in 2008, all but one winner of the award has achieved platinum sales for their debut release, with this year’s recipient Jack Garratt the exception. His album, Phase, is currently certified silver.