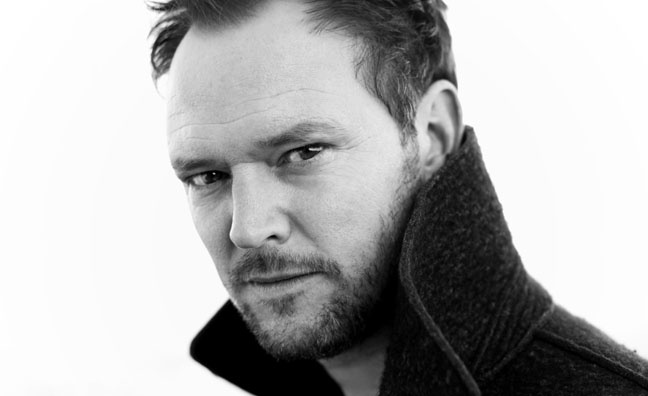 The company has worked with Hartman since the 2012 acquisition of UK publisher Reverb Music, and will continue to co-publish Hartman's hundreds of titles under the deal.

Hartman (pictured) co-wrote Rag'N'Bone Man's global smash Human and Miriam Bryant’s 4x platinum single Black Car, which picked up the Swedish P3 Gold 2017 Song of the Year Award. He also co-wrote, produced, and mixed Mads Langer’s 3AM, which was the biggest radio single of 2016 in Langer’s home territory of Denmark.

He will continue to be based out of his recording studio at the Village Recorder in Los Angeles, with Creative handled by Reservoir/Reverb MD Annette Barrett in London, plus additional day-to-day support from Reservoir SVP of Creative and A&R Donna Caseine in Los Angeles.

“I am delighted we are continuing our long-standing working relationship with Jamie which has gone from strength to strength over the years - long may it continue,” said Barrett, who originally signed Hartman to a publishing deal in 2002 and has worked closely with him over the last 15 years. “I believe even with all our success to date we have just touched the tip of the iceberg with Jamie’s talent, and I know there are many more amazing songs to come.”

Hartman has worked with the likes of Christina Aguilera, Andy Grammar, James Bay, Kylie Minogue and Anastacia, and co-wrote singles for high profile artists including Kygo (Stargazing), Jennifer Hudson (Remember Me) and JP Cooper (Passport Home) in the last year alone. He is also a performer in his own right as the frontman of pop-rock band Ben’s Brother, whose 2007 single, Let Me Out earned him an Ivor Novello nomination for Best Song Musically And Lyrically.

“I’ve always been a late starter," said Hartman. "It’s taken me 20-plus years in the music business to realise the importance of following your gut. As in life. Your gut tells you so much, if you listen carefully and learn to follow the signs. Mine said to seek out artists and cowriters who inspire me to do my very best, but also to find the right team around me that feel and work in the same way - from management through to publishers and our various label collaborators and friends.

“To that end I knew that being with Annette, Golnar, Rell, Donna, and the rest of the Reservoir team was 100% the right thing for me. Because life is hard enough without having to stress about whether your team gets it, does their job, follows their instinct, and has your back. When they do, sharing successes with them make those moments far, far more rewarding.

“Reservoir are my guys and I’m thrilled that we are going to continue working together.”