Rick Astley on the legacy of Stock Aitken Waterman 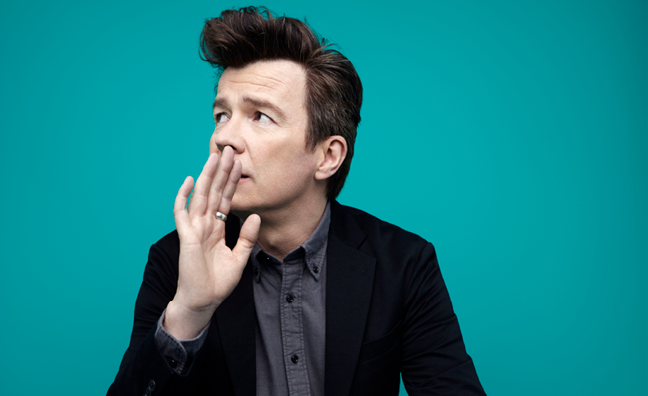 Comeback king Rick Astley is back with a bang with new album Beautiful Life, which comes out today (July 13) via BMG.

The 52-year-old is bidding for another No.1 following the chart-topping, platinum-selling success of 2016's 50, which has sold 308,269 copies to date, according to the Official Charts Company.

As with its predecessor, each of Beautiful Life's 12 tracks are written, produced and played by Astley, who tours the UK in October and November.

The singer's first two albums - and his best known song Never Gonna Give You Up - were produced by Mike Stock, Matt Aitken and Pete Waterman, the prolific but divisive songwriting team behind No.1 hits such as Kylie Minogue's I Should Be So Lucky, Jason Donovan's Too Many Broken Hearts and Sonia's You'll Never Stop Me Loving You.

“If somebody has done something so many times at a successful level you have to hold your hands up and say, ‘Fair enough,’" Astley told Music Week.

"With Stock Aitken Waterman, I think a lot of people didn’t really understand them. The genuine motivation for them wasn’t money, but to have hit records. They wanted to go down in history for having 100 hits and I’ve got respect for that.

"It’s hard to compare them to other production teams who’ve had that kind of success, like Motown, because what they didn’t do was go out and try and find Stevie Wonder, Marvin Gaye, Diana Ross... They made records that people loved and it didn’t really matter who performed them to be honest. People bought into Kylie [Minogue], because she’s bloody lovely, but I don’t think they saw her as having a 30-year career.”