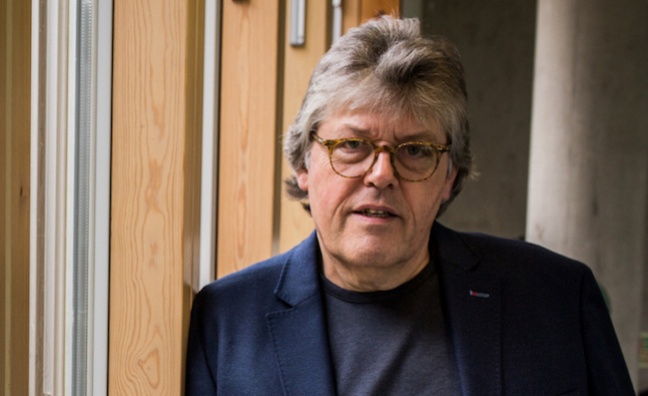 Richard Havers, the respected author of books on Frank Sinatra, Tony Visconti and several volumes on the Rolling Stones among countless others, died on New Year's Eve at the age of 66. He had been suffering from cancer and passed away in Minehead Hospital in Somerset.

Havers wrote On Air In The Sixties, the official history of the Stones' BBC recording sessions, published by Virgin Books last summer to tie in with Polydor's current On Air album anthology. Previous volumes on the band included 2002's Bill Wyman's Blues Odyssey, which won the Blues Foundation's Award For Literature. He also collaborated with Wyman on his 2003 tome Rolling With The Stones and 2006's The Stones: A History In Cartoons.

The same year, he was the author of The Rolling Stones: In The Beginning, and he compiled and edited the band's official anniversary book in 2012, Rolling Stones 50. Havers was editor-in-chief and co-founder of Universal's uDiscovermusic.com, now the company's principle consumer music portal worldwide.

He was also greatly admired for his expertise and enthusiasm for jazz and blues, writing such definitive tomes as Verve: The Sound of America and the 75th anniversary history of Blue Note, Uncompromising Expression. Havers served as Universal Music's jazz consultant, and also co-wrote such autobiographies as Gary Barlow's My Take (2006) and Visconti's Bowie, Bolan and the Brooklyn Boy.

His prolific output as a writer was all the more remarkable since he had an earlier career of 20 years-plus in the airline industry. When Havers decided to pursue his passion for music, it also produced books on The Beatles and Frank Sinatra, but his wider interest in showbusiness also led to volumes on Marilyn Monroe, on the BBC's role during World War II and many other subjects.