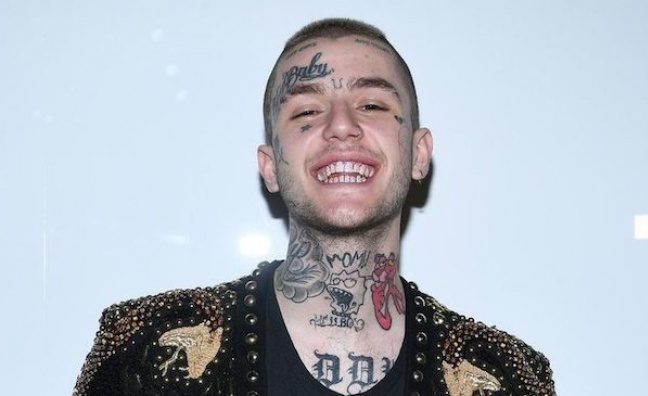 Lil Peep, whose real name was Gustav Ahr, died of a suspected drug overdose while on tour in Arizona. He was found unresponsive by his manager on the tour bus in the hours following a video the rapper posted, in which he described taking prescription drugs.

Stennett, who worked with the rapper last year, posted a statement on Instagram confirming that he had died. FAE partnered with Lil Peep in a joint venture to invest in and advise him on his career in June 2016.

"I am shocked and heartbroken," said Stennett. "I do not believe Peep wanted to die, this is so tragic. He had big goals and dreams for the future which he had shared with me, his team, his family and his friends. He was highly intelligent, hugely creative, massively charismatic, gentle and charming. He had huge ambition and his career was flourishing.

“I have spoken to his mother and she has asked me to convey that she is very, very proud of him and everything he was able to achieve in his short life. She is truly grateful to the fans and the people who have supported and loved him.”

Speaking to CNN, Sgt Pete Dugan of Tucson’s police department, said: “After speaking with people on scene and going into the tour bus... there was evidence of a possible drug overdose.”

There were social media tributes from artists including Diplo, who said Ahr “had so much more to do man he was constantly inspiring me”.

Post Malone said he was “a great friend to me and a great person. your music changed the world and it’ll never be the same”.

peep had so much more to do man he was constantly inspiring me. I dont feel good man

in the short time that i knew you, you were a great friend to me and a great person. your music changed the world and it'll never be the same. i love you bud. forever pic.twitter.com/tpbxpkf4f4

Lil Peep released his debut album Come Over When You’re Sober (Part One) in August.