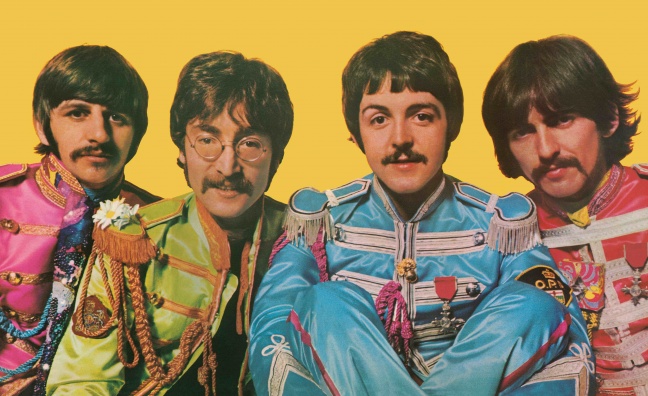 The Beatles’ classic Sgt. Pepper’s Lonely Hearts Club Band has been crowned the British public’s all-time favourite studio album, according to a brand new chart due to be counted down on BBC Radio 2 today (Saturday, October 13).

The 1967 LP has 5.34 million combined sales at the top of the all-time Official Studio Albums Chart, which has been compiled by the Official Charts Company to mark the National Album Day celebrations.

It further cements the position of Sir Paul McCartney as the most successful albums artist in UK chart history, racking up 22 No. 1 albums across his illustrious career (15 with The Beatles, 2 with Wings, 4 solo and 1 with Linda McCartney).

The brand new chart is counted down during a special National Album Day edition of Pick Of The Pops hosted by Paul Gambaccini, which will be broadcast by BBC Radio 2 from 1-3pm. The full Top 40 is available, with all key data, on OfficialCharts.com.

The chart - which ranks albums by combining physical sales, downloads and streams in the UK - reflects album sales of 135 million across more than 60 years.

Sgt. Pepper’s Lonely Hearts Club Band  is the only album from the ‘60s to make the list, along with six albums from the ‘70s, six from the ‘80s and eight from the ‘90s. The first decade of the 2000s claims most places, with 14 albums, while five albums from the current decade made the list.

The act with most albums in the Top 40 list is Coldplay, with A Rush Of Blood To The Head (No.27), X&Y (No. 32) and Parachutes at (No. 40). Five acts claim two albums in the list – Adele, Dido, Ed Sheeran, Michael Buble and Michael Jackson. In total 33 different acts are represented in the chart.

The 40 albums have, between them, notched 343 weeks at No, 1 in the Official Albums Chart, with Simon & Garfunkel’s 1970 classic Bridge Over Troubled Water claiming the longest spell, a total of 33 weeks. Sgt. Pepper follows just behind with 28 weeks, ahead of Adele’s 21 on 23 weeks.

The highest ranking album not to reach No.1 on the Official Albums Chart is Dark Side Of The Moon. It is one of three albums in the rundown which never claimed the top spot, along with Meat Loaf’s Bat Out Of Hell (No.9 peak) and Jeff Wayne’s 1978 album War Of The Worlds (No.5), which is set for a 40th anniversary boost.

Some 25 of the Top 40 are accounted for by British acts, eight are by US artists, four by Canadian acts and two by Irish acts. The remaining album is by the US/UK band Fleetwood Mac.

Across the list, 18 are credited to bands, 12 to male artists and 10 to females.

4 THE DARK SIDE OF THE MOON - PINK FLOYD

9 BACK TO BLACK - AMY WINEHOUSE