Sharleen Spiteri: 'Why are we still fighting so hard?'. Women In Music Awards winners' speeches #2 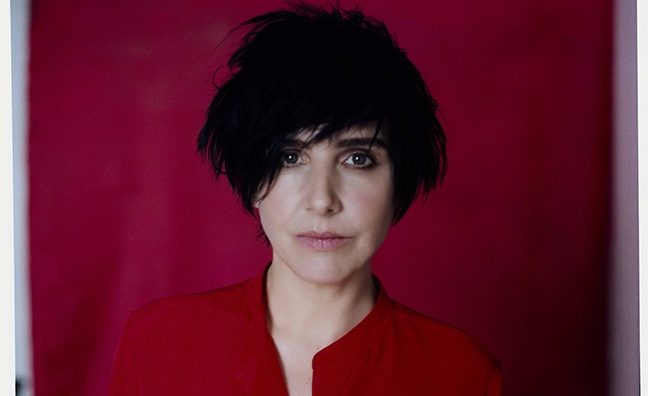 The Music Week Women In Music Awards are over for another year. To celebrate the star-studded ceremony, we present the winners’ speeches in full. Second in the series is Inspirational Artist award winner Sharleen Spiteri.

Texas singer Spiteri arrived in London for the Music Week Women In Music Awards in something of a whirlwind, albeit one contained within a Eurostar carriage.

The band are currently on tour, and Spiteri took time out to rattle into London to collect her trophy. Clearly a hugely popular figure, Spiteri was cheered throughout a stirring introductory speech from CAA’s Emma Banks, Texas’ agent.

“It’s been incredible to watch Shar and Texas scale the heights,” Banks said. “Selling out arenas globally, selling I think in excess of 40 million albums, bonkers numbers. She is hardworking, loyal, passionate, a self-starter, she’s in charge of a whole load of blokes, frankly! She’s also an amazing mother, which is not easy to do when you spend a whole lot of your life on the road.”

A tribute video featuring kind words from a range of names - from Paul and Stella McCartney to Thierry Henry - followed Banks’ speech, and then it was time for Spiteri to take the mic. Walking towards the stage with 1997 hit Say What You Want blaring from the speakers; she had the crowd transfixed throughout.

Here’s the speech in full:

“Wow, can you get me that VT? Fucking hell! Who paid them?

“I need that to get back on that Eurostar so as I can sit there and my ego can run fucking riot! OK, so… I’ve been sitting here today and listening to all the speeches and seeing everybody here, and I’m in that quandary where I’m torn… Because I think, ‘Why the fuck are we still fighting so hard?’ Whether it’s race or sex, why are we still fighting in this day and age? It’s a fucking disgrace.

“The one thing I will say is, thank you Music Week for this lovely award and to all the people that I’ve ever worked with, but I thought every woman that was getting an award here today wasn’t getting it because she was a woman. I thought it was because she was fucking amazing at what she does. To everyone who’s won an award, well done, and thank you very much.

“I don’t know how inspiring I am, but hopefully my daughter will find me completely inspiring and that’s what matters. Thank you!”