'She had this remarkable voice': Music industry pays tribute to Dolores O'Riordan 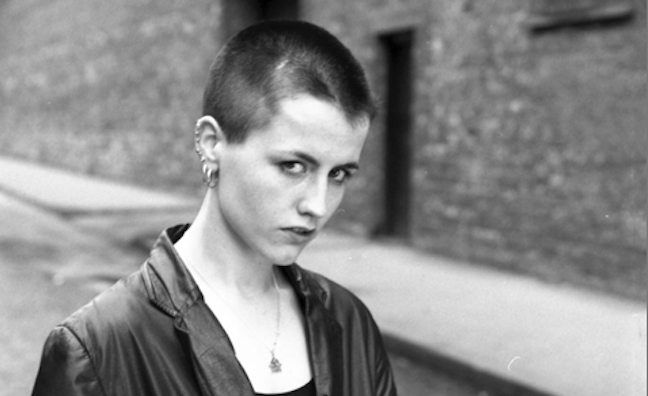 The funeral of Dolores O’Riordan will take place at 11.30am this morning (January 23) at St Ailbes' Church in Ballybricken.

Hundreds of people queued in her home city of Limerick over the weekend to pay their respects to the singer, who died on January 15. The singer’s open coffin was lying in public repose at St Joseph’s Church.

O’Riordan was found unresponsive in a London hotel room on January 15. She was 46. An inquest into her death was adjourned until April 3 while the court awaits test results.

It’s emerged that she was due to meet with her label, BMG, to discuss plans for a follow-up to last year’s album by The Cranberries, Something Else.

The band’s catalogue has returned to the charts following her death. In the latest issue of Music Week, the industry pays tribute to the singer.

Here, executives who worked with O’Riordan share their memories of the singer.

“I was really frustrated back in the day when I was a publisher at EMI Music, we had the opportunity to do a deal with The Cranberries and we weren’t able to close a deal. I bitterly regretted it at the time. I vividly remember the first time I heard Dreams and I heard Linger, and how incredibly powerful those songs were.

"The initial performances she gave, she was very self-contained, she probably wasn't the most confident performer, but she still had this remarkable voice you couldn’t quite believe was coming out of this girl. Seeing the band for the first time at the Mean Fiddler in the early ’90s, there was something incredibly compelling about them and particularly Dolores as a singer.

“It was great to see them grow and develop. They went out and toured with Blur in the early ‘90s and by that point you really could see them growing into something much bigger and much stronger. They pretty much defied any musical genre. Those first two albums were almost in everybody's record collection – wherever you went in the first half of the '90s, you heard those songs. That's what goes on to make something an evergreen from the point of view of a classic songwriting catalogue.

There was something incredibly compelling about Dolores as a singer

“It's that rare thing when you've got an artist who has that ability to combine really strong and powerful and meaningful lyrics with music that really connects with people. That was always their great strength. The lyrics would completely stay inside your head and you couldn't get away from them. I’m incredibly proud that we work with The Cranberries. It’s an amazing collection of songs and very unique.”

“I got the tape in the post and loved the demo. I flew over to Ireland and went into a garage to watch them rehearse. Dolores was there standing with her back to me, that’s how she used to do her early gigs, it took quite a while to get her to face the audience. She had her head bowed, singing this beautiful stuff, and I was completely blown away.

"Dolores was very shy on stage, but she was very sure of herself, very smart. She was charming and disarming. She had that voice, which was not technically the best voice, but it did something special. They were a tight band.

“It was a small deal – a little Irish band and a girl who could sing a sweet tune. They were as surprised when they took off in the States as anyone from the label. It’s lovely to see the songs back in the charts even if it’s for the wrong reasons.”

“When she was signed, Dolores hadn’t really experienced much of the world and she was suddenly thrust into this world of sophisticated record companies and London types. She was a very gentle character really, even though she came from quite a tough background.

“I remember when she was recording the first album, she did something very unusual for a band – she asked whether she could take me out for lunch. The reason they wanted to buy us lunch was they had decided they wanted to call the album Everybody Else Is Doing It, So Why Can’t We?, and she thought she needed my permission.

“We left them in the US for nine months and we watched the story build. The focus in the UK at the time was Britpop, The Cranberries were not high on anyone’s agenda. Things started to get really big, really quickly. It was a phenomenon.”

To read the industry tribute in Music Week, subscribers can click here.