"She is a unique talent, a great voice and a special person": Beverley Knight signs new deal with Coda agency 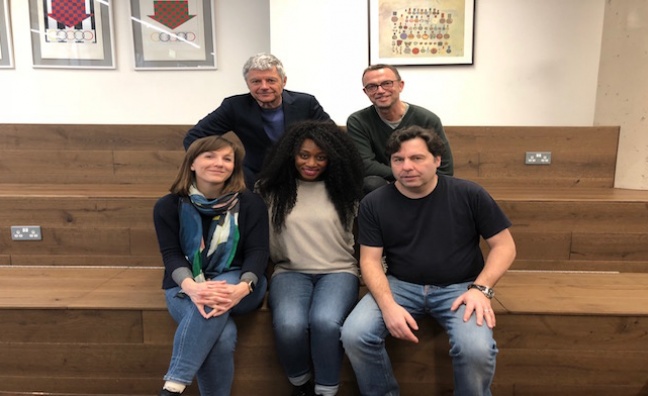 Today (April 9), Beverley Knight has confirmed she has signed a new deal with Coda Agency. Last year, Knight joined forces with Amber Riley (Dreamgirls), and Cassidy Janson (Beautiful) to form Leading Ladies. Their debut, Songs From The Stage (East West), was released on November 17 – it has sold 75,797 copies according to Official Charts Company data.

2018 is set to see more live work from Knight with festival appearances and a slot as special guest at Andrea Bocelli's UK and Ireland arena shows in November. She will also begin work on her 9th studio album and develop her acting career.

In a joint statement, Dave Woolf and Alan Edwards, who have co-managed Knight for 22 years, said: "We are delighted to be starting a new relationship with Coda, widely acknowledged as the most exciting and dynamic live agency in the UK and we look forward to working with Clem and Alex. Beverley's career is a shining testament to her talent and proof that careful development of an artist's career can lead to real longevity, and even a consistent upward trajectory, that is rarely seen in our business. We believe Beverley is one of the best live acts out there and look forward to seeing her cement her place amongst the vanguard of British female artists."

Coda MD Alex Hardee added: “With our newly formed partnership with Independent talent who represent Beverley for Acting, it is a great pleasure to have signed the Live Music side of her career. She is a unique talent, a great voice and a special person.”

Knight will be looked after day to day by Clementine Bunel who has worked with artists such as Benjamin Clementine and Bobby Womack.

Speaking about the deal, Clementine Bunel said: “I am both excited and honoured to be working with Beverley Knight. She has a beautiful voice and an inspiring career. It is also a pleasure to welcome another incredible woman to the Coda family!"

You can read Music Week’s interview with Dan Chalmers, president of Rhino, East West and ADA at Warner Music, about Leading Ladies here.