'She's the real deal': Jerry Williams signs to labels in US, Canada and Germany 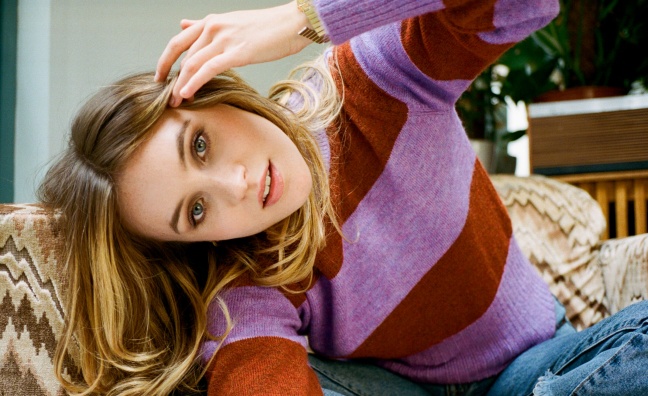 Rising star Jerry Williams has signed a host of international record deals as she prepares to drop her debut album.

The Portsmouth-based singer-songwriter – who appeared in Music Week’s On The Radar column in 2017 – has inked contracts with indies Big Picnic for the US; Royal Mountain for Canada; and Ferryhouse Productions for Germany, Switzerland and Austria.

Big Picnic’s US roster includes Everything Everything, The Maine and Foxes; while Royal Mountain is home to Alvvays, Mac Demarco and Calpurnia; and Ferryhouse releases the likes of Luke Sital-Singh and The Subways.

“It’s so crazy how three international signings have come into my life after six years of being unsigned,” Williams told Music Week. “They all seemed to happen after a chain of events which led to me meeting the labels and that’s so exciting for me. I love my new partners so much and can’t wait to make music together.”

"The first time I saw Jerry was in a soundcheck when she was opening for Calpurnia in Berlin, and immediately I could tell she was the real deal,” said Menno Versteeg, Royal Mountain co-founder. “Her lyrics and songs have heart, and she sings and plays like she has been touring for 20 years. Jerry is a true storyteller, who also shreds the hell out of the guitar."

Manager Jeff Powell of Big Hug Management added: “Having worked with Jerry for the last five years, I have had the pleasure of watching her grow organically as a self-releasing artist, taking charge of everything from her own A&R through to directing and storyboarding her own videos. Never at any stage has she bent to follow trends, Jerry has always stayed true to herself and her music and I can not wait to work with three label partners who totally get her.”

Williams will still self-release in the UK. She has just released her new single, David At The Bar, with previous single Mother now at 5.5 million streams on Spotify. Her debut album is expected in the autumn and she headlines London’s Camden Assembly on Wednesday (January 30).

To read Jerry Williams’ On The Radar interview, click here.