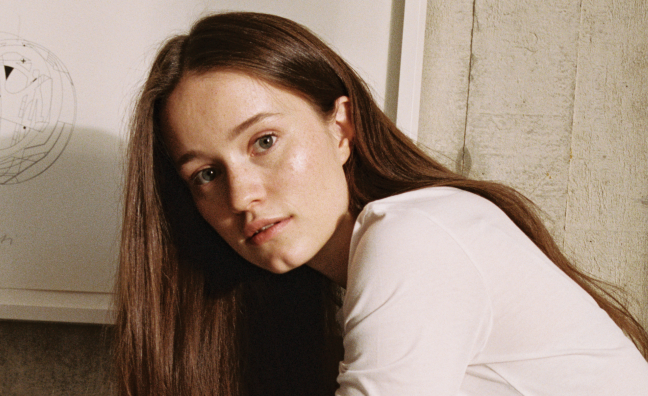 Sigrid will release her debut album, Sucker Punch, on March 1.

The former Music Week cover star has also announced that she will support George Ezra on his UK arena tour which begins in March and will hit the road with Maroon 5 in Europe in June.

While details of the album are scant so far, the Norwegian singer has said: “I figured out early on that it’s gonna be difficult for me to try and be anything other than who I am. I always said if I’m gonna do this it’s easiest to be myself and look like myself, where I can recognise myself.”

While writers and producers for the record have yet to be confirmed, Island’s senior A&R director Annie Christensen has told Music Week that the album was recorded in Sigrid's native Norway in May and June this year.

"We’re doing it in Norway, in a beautiful studio called Ocean Sound, which is five minutes from her house," she explained. "It’s the perfect place to do it."

Meanwhile Sigrid herself confirmed the songs have been drawn from a variety of writing sessions.

"Making the album is a big process, collecting songs from different times," she said. "I’m having a lot of fun working on it."

Read our cover interview with Sigrid.