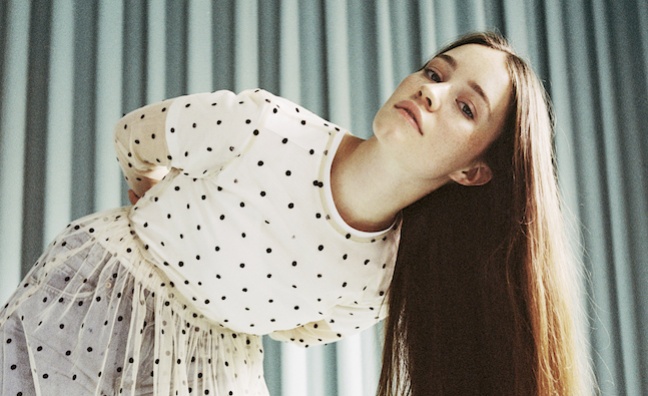 Sigrid has been named 2018’s winner of the annual BBC Music Sound Of poll.

The Norwegian singer, who is signed to Island, made an impact in 2017 with her Don’t Kill My Vibe EP which racked up more than 100 million global streams. She has more than 2m Spotify listeners and secured Radio 1 playlist support during 2017.

She was chosen by a panel of more than 170 music experts and tastemakers including former winners and longlist nominees.

Sigrid said: “It’s a lot to take in to have won something as prestigious as BBC Music Sound Of. I feel honoured as there are so many other artists I look up to who have won this before me, and honestly, I’m just really happy and proud of what my team and I have achieved together. I’m from a small town called Ålesund in Norway. I’m still 21 and it’s quite crazy to get this recognition. I’m very excited about the year ahead and sharing new music with everyone. I want to thank the panel for voting and the team involved in BBC Music Sound Of 2018.”

Radio 1 DJ Annie Mac said: “Sigrid is one of those really special artists making quality, exciting and feisty - yet fragile - pop songs that are an absolute pleasure to play on the radio. Sigrid is an incredibly talented performer and songwriter and so very deserving of the Sound Of 2018 crown. I’m really looking forward to watching her rise.”

All of the artists on the 16-strong longlist were championed by BBC Radio, with plays across Radio 1, 1Xtra, Radio 2 and 6 Music.

Chris Price, head of music for BBC Radio 1 & 1Xtra, said: “I’m absolutely thrilled that Sigrid has been crowned BBC Music Sound Of 2018 winner, showing that tastemakers in the UK and internationally share the excitement that has lit up Radio 1 since Don’t Kill My Vibe was made Hottest Record in the World last February. Following Tunes of the Week from Annie Mac, MistaJam, Scott Mills and Greg James – not to mention a Piano Session for Huw Stephens last summer – Sigrid’s new single Strangers sits on the Radio 1 A list, her third playlist here. Sigrid is a captivating performer and I can’t wait to introduce BBC audiences to her incredible live show, starting today in the home of live music - the Radio 1 Live Lounge.”

James Stirling, head of content commissioning, BBC Music, added: “Many congratulations to Sigrid and to all the artists on the BBC Music Sound Of 2018 list this year. The range of artists clearly demonstrates both the quality and breadth of music currently coming through. Half the artists on the long list of 16 have been supported by BBC Music Introducing - and helping these artists reach a wider audience is a key part of BBC Music’s mission”