So who is Karen Bradley? 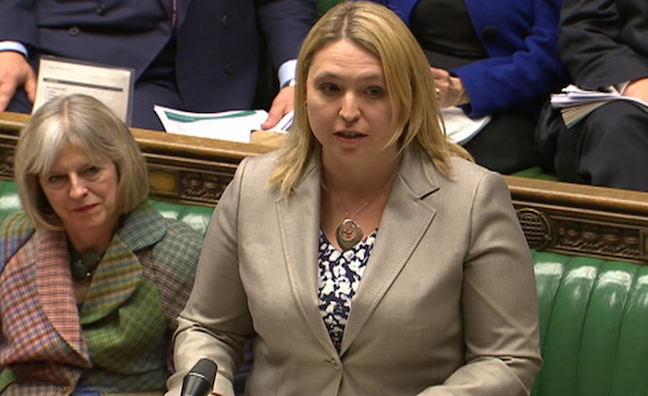 After a busy day of hiring and firing, new prime minister Theresa May has appointed a brand new culture secretary to replace John Whittingdale in the form of a certain Karen Bradley. But who actually is Karen Bradley?

Very little seems to be known about the new culture secretary, least of all her commitment to the arts and culture. But here’s what we've gleaned so far.

A former chartered accountant, Bradley was elected to parliament back in 2010 and is MP for Staffordshire Moorlands. She has also worked alongside Theresa May in the home office as minister for preventing abuse and exploitation.

We know that she backed gay marriage and campaigned to remain in the EU referendum, but to what extent she will be able to help shape the UK's cultural landscape remains to be seen.

However, a quick glance at her Facebook page – she doesn’t appear to be on Twitter – does offer some insights into the life of our new culture secretary:

She recently visited a couple of key regional landmarks in the form of Tittesworth Reservoir and a ‘community shed’ in Foxlowe. She’s a big fan of David Beckham. She recently enjoyed a day out at Scooterfest in Leek. She opened a post office in Biddulph in May. She wants to clamp down on legal highs. And she's an avid reader of crime thrillers. "I have read every Morse, Dalziel and Pascoe, Frost and Rebus that's been printed and have mourned the passing of far too many characters over the years – many of whom came to very sticky ends," she told The Sentinel last year.

Beyond that, there’s not a great deal of detail out there. We're not sure what music she likes, how engaged she is with the arts, or where she stands on the role of arts and culture in a wider social context.

It’ll certainly be interesting to see what her stance is on the BBC, given her predecessor’s fractious relationship with the broadcaster. Whittingdale made public declarations about the need to curb light entertainment shows such as Strictly Come Dancing during his tenure and was thwarted in his bid to force the Beeb to publish the salaries of talent working at the organisation earning over £150,000.

We’re sure that more information on our new culture secretary will surface over the coming days, but in the meantime, the jury’s out.

Commenting on her appointment, the BPI’s chief executive Geoff Taylor told Music Week: “We warmly welcome the new Secretary of State for Culture, Media and Sport, Karen Bradley to her role at this crucial time for our world-beating Creative Industries. The high level of investment and expertise provided by UK record labels powers the phenomenal success of British music and as Government looks to develop new trading relationships, it can be confident that wherever it goes around the world, its Ministers will be meeting fans of our music. The creativity of our artists and labels must be protected and rewarded, and we look forward to working with the Culture Secretary to forge an environment in which British music enjoys even greater success on the world stage.

“We would also like to thank John Whittingdale for his consistent and strong support for our industry, which we are sure will continue.”

UK Music tweeted: "We are looking forward to working with Karen Bradley MP, the newly appointed Secretary of State for Culture."

Speaking to Music Week, the trade body's CEO, Jo Dipple, said: "UK Music welcomes the appointment of Karen Bradley, as the new Secretary of State for Culture, Media and Sport and looks forward to working closely together to promote continued British music success at home and abroad. Music supports more than 117,000 jobs in the UK and contributed £4.1bn to the economy in 2014. British artists dominate the global charts and our live music industry is the envy of the world with attendance in excess of 27.7 million at UK live events last year.

"Having previously worked as a minister within the Home Office, Bradley will now be representing the many post-Brexit challenges facing the creative industries and music sector directly within Government.

"Her experience in business and finance prior to entering Parliament should provide understanding as we look to sure up continued growth and prosperity for the industry. This is especially key given that music exports helped drive sector-growth that has outperformed the wider economy year-on-year since 2013. Her Home Office brief covered online abuse and exploitation, which will also provide valuable experience and insight into the complex digital landscape, as we continue to fight for fairer rights and compensation for our creators and businesses.

"We also welcome the appointment of Greg Clark as Secretary of State for the new Business, Energy and Industrial Strategy Department.

"UK Music would like to thank the outgoing Culture Secretary, John Whittingdale MP who proved himself not only a huge music fan but a great ally and champion of British music at home and abroad.

"UK Music has strong cross-party support from MPs on all sides of the house and will continue to work closely with them and the All Party Parliamentary Group to prioritise and vocalise music policy within Westminster."