"Soundtracks are coming back again, there's some hope in it": Inside the rise and rise of TV soundtracks in 2017 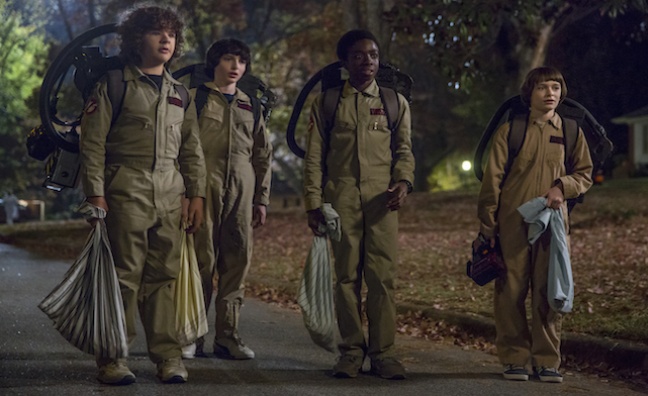 In the new issue of Music Week we deliver a special report on the rise and rise TV soundtracks in 2017, looking at how some of the most celebrated shows are also breaking boundaries and having a positive impact on the music biz.

One of the most heralded examples of that has come courtesy of Netflix’s '80s-tinged hit Stranger Things – the second season of which debuted in October, the same in which its debut series won best Overall TV Soundtrack at the Music Week Sync Awards. As Nora Felder, music supervisor at Picture Music Company – who oversaw the project – told Music Week, the astronomical success of Stranger Things belies the tough groundwork that was required to get it off the ground. The results, however, have been worth it, with the soundtrack exposing new generations to the likes of The Clash, Joy Division and Bob Seger while also bringing its original score’s creators Michael Stein and Kyle Dixon to international, Emmy-winning fame.

“I think there’s a possibility that soundtracks are coming back again, there’s some hope in it,” offers Felder. “People really appreciate hearing music and then attaching it to a visual on an emotional level. It can give a song more weight or have you look at a song in a different way and people need a lot more stimulation these days – the ear and eye candy at the same time is very important now and will continue to be important.”

People really appreciate hearing music and then attaching it to a visual on an emotional level.

David Lynch’s long-awaited return to the world of Twin Peaks in 2017 provided just that. Not only did it feature both new and reprised instrumental scores by Angelo Badalamenti, the fictional world of the show itself served as a talent showcase for established and breaking artists of Lynch’s own particular delectation, including Nine Inch Nails and Eddie Vedder. Most episodes closed with a live performance taking place in the show’s fictional Bang Bang Bar, including the intriguing sight of characters from the show watching on, sometimes as important plot points unfurled in the bar.

“The way David Lynch and his team use music is truly unique,” Stacy Conde, global catalogue marketing director, Warner Music Group, tells Music Week. “Music has always been integrated into film and TV, but the way David and his team are doing it by focusing on one band and their live performance is taking it into a new place completely. There used to be loads of opportunities for bands to play live on TV but those opportunities seem to be diminishing – Twin Peaks has done something unique by having a real life band end a fictional show every week. The fans know that at the end of many episodes there will be a band playing. We need to celebrate David for bringing live music back into TV and giving these bands attention.”

ABC’s Nashville is another show that has worked to explore the latent potential of its musical backing, taking the TV show not just to streaming and retail via its many, many soundtrack albums, but also out into venues around the world. Nashville first made the leap from screen to stage in America in 2014 and has since gone on to take its cast to the UK.

“We always hoped that we might be able to take the songs on the road, but never dreamed that it would become as popular as it has." Nashville cast star Sam Palladio told Music Week. "For most of us, we’d had such a back history of live performance. Chris Carmack [Nashville's fictional singer Will Lexington] had played blues all his life, and had done club gigs around California. Same for me, I had a little folk band. I was doing my own little singer-songwriter thing before the show took me to Nashville.”

For composers, too, the TV renaissance has huge implications. Ilan Eshekeri - composer for numerous Hollywood films and TV projects, including Sky Atlantic's hugely successful Riviera – told Music Week that he believes a change in the marketplace has allowed for greater visibility for soundtracks as a whole.

“When I was a kid, you went into Our Price and there was an indie section, chart music and contemporary stuff, but there wasn’t really much choice," said Eshkeri. "But now, with the internet you have access to all music. There’s a democratisation there. What I see is teenagers suddenly being interested in all sorts of music across all kinds of decades – a very, very eclectic comprehension of music. I know that if you look at Spotify and other streaming services you see a huge rise in instrumental music. What’s being proved is that the general public love instrumental music. That’s a growing area.”