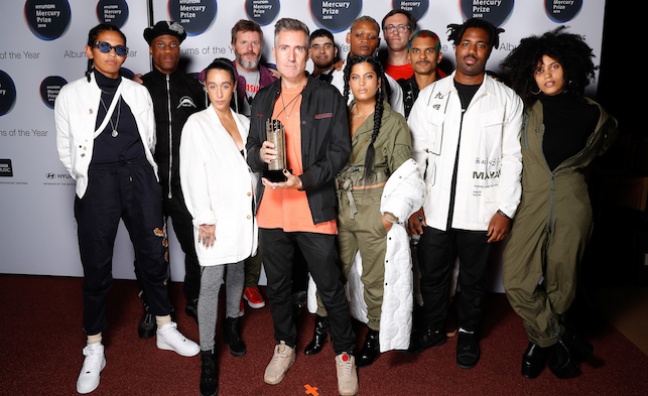 The ability of the Hyundai Mercury Prize to benefit nominees in the streaming age will come under scrutiny later today (September 28) with the first charts following the televised ceremony last week (September 20). Winners Wolf Alice were set to return to the Top 20.

While Album Equivalent Sales (AES) were up 7.8% year-on-year in Q2, there were big falls in physical albums (-20.6%) and digital albums (-23.5%). The industry has united for National Album Day next month to give the format a boost.

HMV music manager John Hirst said the Mercury Prize was no longer a “game changer” for the winning artist.

“Gone are the days when the Mercury would propel somebody back into the Top 5,” he told Music Week.

“Winning this always creates attention because people are very distracted and there’s a lot of stuff out there,” Russell told Music Week. “So any time someone wins this, that can be utilised to make sure much more people hear it."

While nominees Florence + The Machine returned from a US to perform at the ceremony, neither Arctic Monkeys or Noel Gallagher’s High Flying Birds played on the night. It follows the absence of shortlisted Ed Sheeran last year and once again raises the question of whether commercially successful acts should take up space on the shortlist.

“If you’re a new artist coming into this, I think for there to be superstars involved just ups the level of the whole thing and basically makes it better for you as a new artist to be involved in it,” said Russell. “In a way it’s more of an opportunity when you’ve got people on there who are household names.”

“I don’t know if it is,” she said. “I feel like the way we consume music is evolving.”

But winners Wolf Alice backed the future of the album and enduring power of the Mercury Prize.

“It’s definitely helped us, 100%,” said guitarist Joff Oddie of the nomination. “You get a lot of exposure from it, people are talking about it, it’s on the telly. I think the important thing is the shortlist, that’s always really what the Mercury has been about.”

Fellow nominee Novelist added: “I made my album in my bedroom, you know what I mean? So to be [nominated] is a great opportunity and I’m really glad the Mercury consider artists on all levels - it’s not just a label pushed thing.”