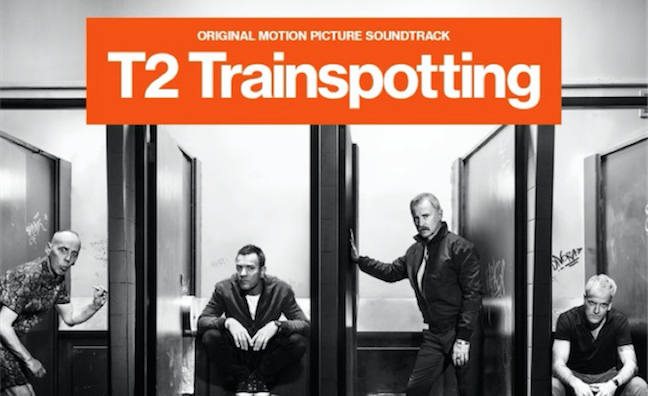 Iggy Pop, The Clash, Fat White Family, Blondie and Wolf Alice are among the artists to be included on the soundtrack for T2 Trainspotting.

After much speculation, the OST for Danny Boyle’s sequel to 1996 hit film Trainspotting has now been announced. It features 15 tracks in total, with Pop’s Lust For Life reappearing in the form of a remix by The Prodigy. The song accompanied the original film’s opening sequence.

Bookending the tracklist is a new Underworld song titled Slow Slippy, an updated version of Born Slippy.NUXX, which featured in the original.

Representing the more contemporary side of the selected artists are Wolf Alice, who contribute Silk, Fat White Family, whose Whitest Boy On The Beach is being used, and Glasgow trio Young Fathers.

Young Fathers are the only act to have three songs on the tracklist, with brand new cut Only God Knows appearing alongside 2014 track Get Up and Rain Or Shine, from 2015’s White Men Are Black Men Too. Irvine Welsh, whose 1993 novel the film was based on, tweeted earlier this week saying, “We’re very lucky to have them [Young Fathers] involved”.

According to Official Charts Company data, the soundtrack to the first Trainspotting film – which went on to help musically define the 1990s and included tracks from Brian Eno, Primal Scream, Blur, Elastica, Leftfield, New Order and Pulp – has sold 981,815 copies to date.

T2 Trainspotting is released in UK cinemas on January 27.

The tracklisting in full: