Take me to The Church: Church Studios teams with Spitfire and Foundation FM for International Women's Day 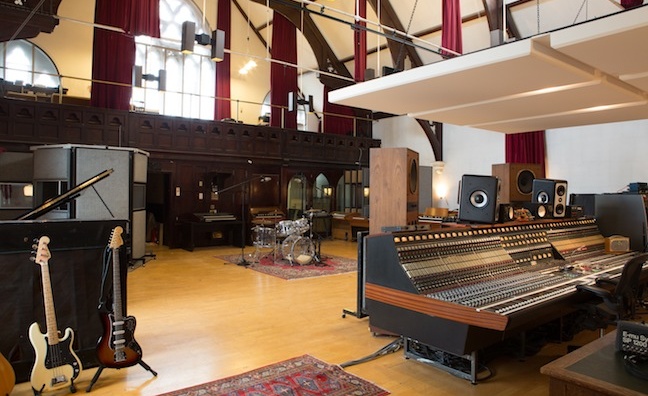 The Church Studios has partnered with Spitfire Audio, SA Recordings and Foundation FM to tackle the lack of women, non-binary and trans women in music production and audio engineering.

In celebration of International Women’s Day (March 8), which is this year themed #BalanceforBetter, the famous London studios will deliver a series of events and content creation opportunities for engineers and producers.

The Church Studios will open its doors on March 8 for a special event which will see all three of its studios filled with an array of female artists, producers and engineers. It will provide an opportunity for new and established figures in the UK music and studio industries to work and collaborate in the studio facilities.

The following day will see 30 aspiring engineers take part in a series of interactive workshops and panels, which will culminate in a composed track being released via SA Recordings on March 29 to kick off its new Singles series.

The workshops on March 9 will be centred around the recording and mixing of a string quartet piece scored by Spitfire Audio in-house composer Homay Schmitz. It will be recorded by Fiona Cruickshank, mixed by Marta Salogni and mastered by Katie Tavini.

The day will finish off with a panel talk, hosted by Foundation FM, discussing on being an engineer and producer in 2019, plus a playback of the fully mastered track.

Alys Gibson, manager of The Church Studios, said: “The 2018 Inclusion in the Recording Studio report by the Annenberg Inclusion Initiative found that women account for just 2% and 3% of producers and engineers/mixers respectively in the creation of popular music and 22% of artists and 12% of songwriters in general. It’s clear that there is a very real issue relating to gender parity in the music industry.

“We want to tackle this by celebrating woman in music studios and offering opportunities to address this ratio. This project on International Women’s Day is the start of what will be a series of events and initiatives designed to champion women and we are excited to be working with like-minded partners to drive this forward.”

Owner of The Church Studios, Paul Epworth, said: “We don’t make records in mono anymore, least of all listen to them that way and records should be made in a way that reflect the audience demographic. It is vital that we as an industry can diversify from the established singular gender perspective in the recording environment to the greater benefit of the artform.”

Harriet Pittard, SA Recordings label manager, added: “We are thrilled to be working with The Church Studios on this ongoing programme of activities and on being able to shine the spotlight on the many talented women that are both in and are aspiring to be part of the music industry. Having this incredible team collaborate on the first track of our Singles series could not be a better way to kick this off.”

The ballot for tickets to the public event on March 9 will open via the ChurchStudios social media channels.