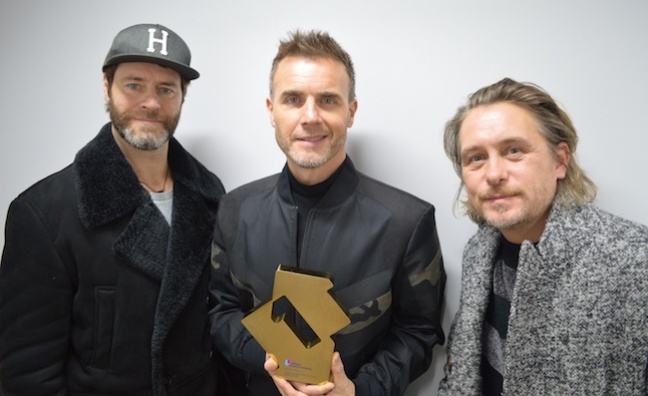 Take That have scored the fastest-selling artist album of 2018.

The Music Week cover stars’ reimagined greatest hits, Odyssey, has first week sales of 105,721, according to the Official Charts Company.

Polydor co-president Tom March has told Music Week about why the band wanted to rework their catalogue for Odyssey. “The world has moved on, the standard hits album has moved on,” he said. “For them, it was not just about looking back, they also want to look forward. “

Take That are set to perform on this weekend’s final of The X Factor, along with Ellie Goulding and George Ezra.

It's the biggest selling artist album since Eminem's Revival (Polydor) almost a year ago.

Odyssey becomes Take That's eighth No 1 album and their first since 2014's III, although 2017 album Wonderland moved more copies in the first week with 113,211 sales to reach No.2.