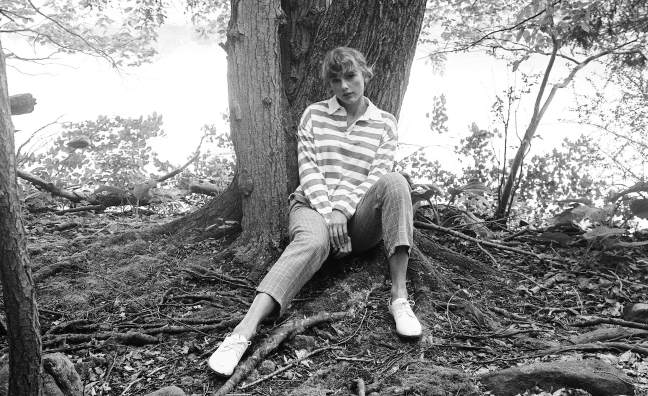 Having hit No.1 in the UK, Taylor Swift’s Folklore is expanding its record-breaking reach around the world.

The surprise album, which sold 37,060 copies in its first week in the UK, making Swift the first female artist to score five No.1 studio albums in the 21st century, has now debuted at the summit of America’s Top 200, with 846,000 sales. It also debuted at No.1 in Billboard’s Alternative Chart.

Folklore has the biggest week one sale of 2020 so far in America - topping the 497,000 total set by Juice Wrld's Legends Never Die - and the highest since its predecessor Lover moved 867,000 units last year. Its first week streaming numbers represent the biggest of Swift’s career so far in the US.

It is the star’s sixth consecutive album to top 800,000 US sales in week one, while Swift is the only artist in US chart history with more than 500,000 first week sales for seven albums.

Globally, Folklore scored two million album equivalent sales in its first week, comprising over half a billion audio and video streams. More than a million sales came in the first day alone.

In China, a week one sales figure of 740,000 is the country’s biggest since Lover. Swift is now responsible for the two biggest selling chart debuts by a Western act in China.

In Australia, Folklore claimed the highest week one figure of 2020, bringing Swift her sixth No.1 debut on the ARIA albums chart. The record also claimed the biggest week one total of 2020 so far in Ireland.

Swift set records across DSPs with the album, too. Its total of 80.6m day one album streams on Spotify is the highest number by a female artist on the platform, while a 35.47m return set a new record for 24-hour pop album streams on Apple Music.

Cardgan, which currently has 45,224,450 streams on Spotify, debuted at No.1 on the platform’s Top 200 chart, where Folklore’s tracks made up the entire Top 5. With 7.74m, Cardigan has the most global daily Spotify streams of the year so far.

To read more about Folklore’s numbers in the UK, where the album scored Swift her highest ever first week sale, click here for our interview with EMI MD Clive Cawley.