'That was our first step on the ladder': Stereophonics talk the 20th anniversary of Word Gets Around 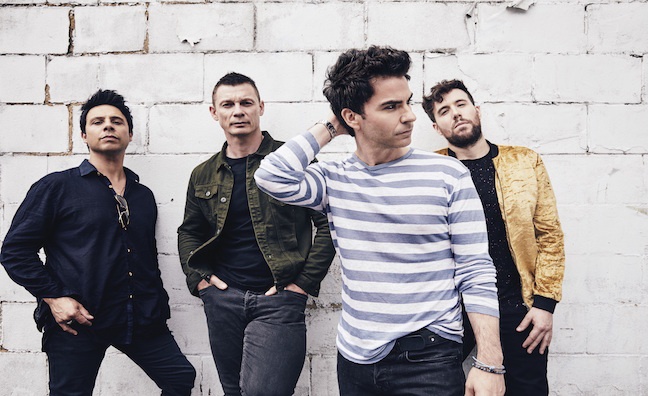 Stereophonics have explained why they declined "interesting and lucrative" offers to tour their debut album Word Gets Around for its 20th anniversary.

The band tour UK arenas and stadiums next spring and will also perform a headline slot at Glasgow's TRNSMT Festival in July.

“The 20 years doesn't really mean Word Gets Around to me,” frontman Kelly Jones told Music Week. “I didn’t want to make a big hoo-ha about a 20th anniversary and talk about some seminal album from the ‘90s, it’s much more about moving forward. That was the first step on the ladder but, to me, it's always been about trying to go forward, making new music and new sounds."

Released via Richard Branson's V2 label in August 1997, the LP peaked at No.6 but went on to go 3x platinum, selling 920,462 copies, according to the Official Charts Company.

“It was an obvious potential thing to [tour Word Gets Around]," said their agent Scott Thomas of X-ray Touring. "We had a discussion at the tail end of last year and people approached us with some very interesting and lucrative suggestions to do it - but Kelly had a new album written. Kelly and the band are very much about forward progress, they don't tend to rest on their laurels."

Stereophonics played a Word Gets Around set at ULU, London in August and a 10th anniversary show at Hammersmith Apollo in 2007.

"We went back to ULU, which is where the band headlined on the Word Gets Around tour, and played the album there to 800 people," added Thomas. "So they acknowledged it in their own way without it being something that would eclipse what the band are currently doing. I don't think they wanted it to be the big story about what they were doing this year and that sums up what the band's focus is on."

The band, who have released six chart-topping albums, recently hit No.2 with their 10th (and first on Parlophone) - Scream Above The Sounds. Agonisingly, the LP missed out on the top spot to Ball & Boe by just 35 copies when a mobile ticket bundle mechanic they had utilised was deemed to have breached chart rules. Consequentially, hundreds of sales were discounted.

"We're all a little bit frustrated and disappointed, but I'm very proud of this campaign and everything the band have achieved in 10 albums and I think they deserve a little more recognition from the industry," said their manager, Nettwerk's Dan Garnett.