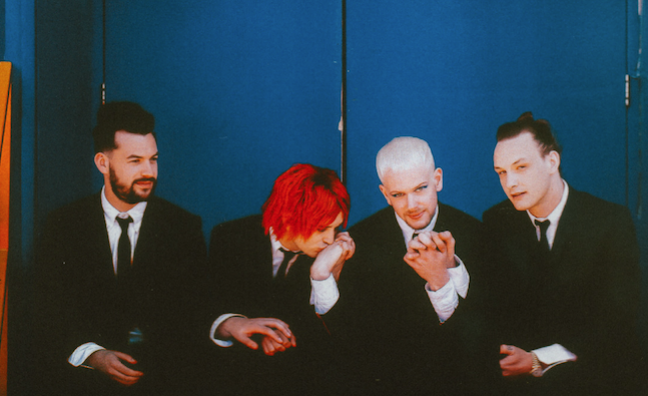 The 1975’s Love It If We Made It has been named Best Contemporary Song at the this year's Ivor Novello Awards.

The act were also named Songwriters Of The Year, the first band to win since 2007, at the 64th edition of the songwriting prizes which was held this afternoon (May 23) in London.

Picking-up the awards on behalf of the band, The 1975's manager Jamie Oborne quipped the group were “being celebrated for their diversity, but that was the reason no one wanted to sign them.”

The other winners in the nominated categories were Robin Beanland's Sea Of Thieves for Best Original Video Game Score and Bat For Lashes and Dominik Scherrer, who received the for Best Television Soundtrack for their Requiem score.

The 2019 Ivors also honoured the songwriting of several biz legends. The Special International Award went to Mariah Carey, Dido received Outstanding Song Collection and former Verve frontman Richard Ashcroft won PRS For Music Outstanding Contribution to British Music – the latter revealing onstage at the ceremony that "as of last month, Mick Jagger and Keith Richards signed over all their publishing for Bitter Sweet Symphony [which sampled an orchestral version of The Rolling Stones' The Last Time], which was a really kind and magnanimous thing for them to do."

Deep Purple were recognised for their International Achievement, Django Bates took home The Ivors Jazz Award, while Wiley declared “the journey I’ve done has all led to this” as he recieved the Inspiration Award, which was presented to him by his father.

The full list of 2019 Ivor Novello Awards winners is:

Best Contemporary Song – The 1975's Love It If We Made It (Written by George Daniel, Adam Hann, Matthew Healy and Ross MacDonald, published in the UK by Good Soldier Songs)