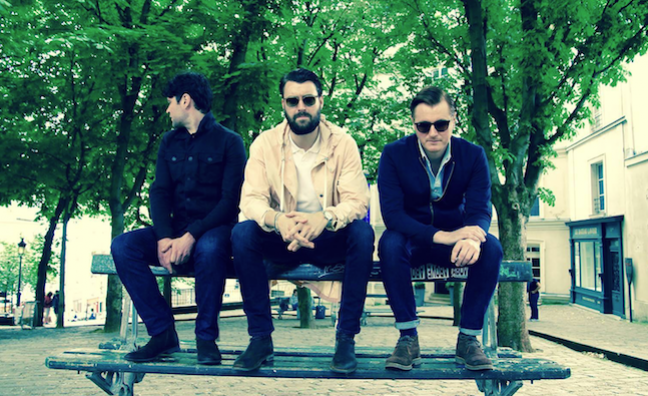 The Courteeners have today (April 3) announced they will be releasing a lager in collaboration with Camden Town Brewery in celebration of their debut album St. Jude’s 10-year anniversary.

St. Jude Pils was originally brewed - with involvement of the Courteeners - for the Manchester band’s sold-out shows at London’s Royal Albert Hall and Manchester’s MEN. The beer will now be available at a handful of chosen bars across Manchester.

Speaking of the release, lead singer Liam Fray said: “We were looking for a way to mark the 10 year anniversary of the release of St. Jude and thought it was at least worth raising a beer to celebrate the fact that we’re still here. We’re big fans of Camden and regularly enjoy a Camden Pale Ale so it was great to visit the brewery and get stuck in to create St Jude Pils.”

Founder of Camden Town Brewery Jasper Cuppaidge added: “We’re massive Courteeners fans, so when we found out Courteeners were massive Camden fans, we thought why not get together and make a mega beer? We’ll be celebrating the guys with St. Jude Pils and look forward to fans being able to join us.”