'The industry rejected us': The Darkness relive their 17-year career 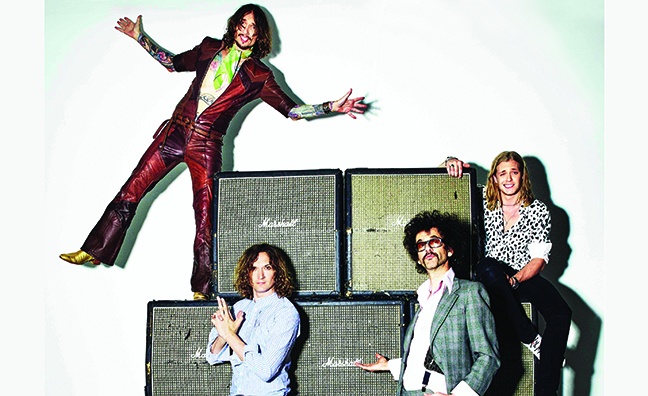 The Darkness have told Music Week that guitar bands “have to lose their edge” to maintain chart success.

“We never wrote songs for the charts or radio, and they got there anyway,” said singer Justin Hawkins. “If you listen to [early] Maroon 5 – and I don’t recommend anyone does – you can hear guitars, but gradually they become quieter, until it’s basically dance music. To maintain success you have to lose all of your edge until you’re basically a Maroon 5-shaped balloon with a face drawn on it going, ‘Urrrr!’. It’s nonsense.”

The band, whose fifth record Pinewood Smile could be on course to enter the charts in the Top 5, also recounted their early days gigging “in front of every A&R man in the country”.

“It was difficult to get on bills like In The City, it was an industry rejection of us,” said Hawkins. “At a grassroots level we were building a following just by playing every week in Camden.”

To read the full interview, which features contributions from label and management, pick up the new issue or click here.